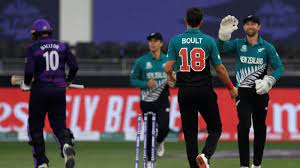 Earlier, Scotland Captain won the toss and elected to bowl against New Zealand.

The New Zealand will play the same team that beat India in the previous match to boost their chances of moving into the semi-finals from Group 2 led by unbeaten Pakistan. On the other hand, Josh Davey is out injured and Alasdair Evans comes in for Scotland, as well as Kyle Coetzer being back out as captain.

It s been more than 12 years since these two sides faced off against each other in a T20I, on that occasion at The Oval during the 2009 T20 World Cup.