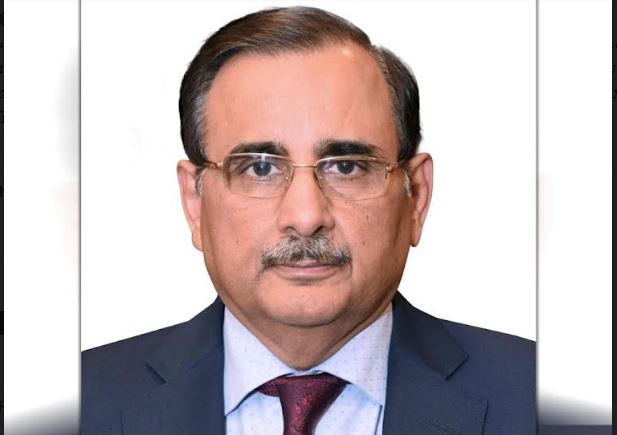 Karachi: The Federation of Pakistan Chambers of Commerce and Industry’s Businessmen Panel (BMP) Chairman has warned that continued borrowing from the IMF and other multilateral sources is posing serious economic threat, as Pakistan has taken foreign loans of $9.43 billion in just first half of this fiscal year, suggesting the economic team to convince the lender for softening its conditions so that government could pursue its pro-growth strategies through some incentives for the industry.

BMP Chairman Mian Anjum Nisar emphasized the need for exploring investment resources from the private sector as well as non-traditional regional partners through investment friendly policies in the country.

He said that the government is taking foreign loans to build the country’s foreign exchange reserves, which are declining due to repayment of previous loans and financing of current account deficit. The State Bank’s held foreign exchange reserves have declined by slightly above $3 billion since August 2021. In just one week time, reserves have declined by $562 million mainly on account of international debt servicing. Reserves held by the SBP have decreased to $17 billion, which would further come under pressure in the next six months as Pakistan has to repay $8.7 billion in the second half of FY 2022.

As the loan burden continues to go high we need to create strategic partnerships with international investors looking for impact investments, particularly in the areas of SMEs, industrial development, healthcare, education, logistics and climate financing, he urged.

The BMP Chairman asked the government to be highly vigilant about Pakistan’s external financing requirements. These requirements include short, medium and long term debt of the country due during a fiscal year, plus the current account deficit. External financing requirement for Pakistan is likely to exceed $28 billion for FY2022. In addition there is also the Chinese safe deposit of $4 billion which needs to be rolled over.

The FPCCI former chief said that the country’s economy is witnessing an unprecedented damage under the government’s controversial agreement with the International Monetary Fund, as it has wreaked havoc on the industry by unleashing a slew tsunami of unbearable hike in prices of utility. The government has also indebted Pakistan to the point of crisis, and has now taken us into a situation, which does not seem to be sound. The government must give the SBP reasonable autonomy to make monetary policy, but don’t open up the county to ups and downs of international capital and its dictation, he said.

According to reports, the government has given an undertaking to the IMF that it would continue increasing petroleum levy on oil products to the maximum level this year to collect over Rs510 billion, instead of the budgeted target of Rs450 billion. The petroleum levy target for the next year has been set at over Rs600 billion. He termed it very unfortunate for the trade and industry that the government also promised to the IMF that it would continue making electricity tariff adjustments next year on quarterly and annual basis through Nepra, jacking up electricity prices continuously. The government has also given an undertaking to make adjustments in gas tariff and not to consider any tax exemption to the industry in future, hitting the economy of Pakistan hard. He emphasized the need for structural reforms as well as widening of tax base through ambitious tax policies and broad-based fiscal structural reforms for high economic growth and employment generations.