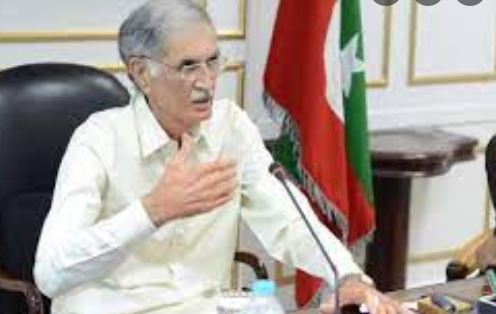 Talking to media outside Islamabad anti-terrorism court on Tuesday, the defence minister claimed that allied parties were still with the government.  “If a PTI MNA casts his vote in favour of opposition’s no-trust motion against prime minister, then he will betray people of his constituency.

If somebody wants to take part in no-trust move, he should resign first,” Khattak said.  The defence minister said that Prime Minister Khan was more confident than ever. Everything will become clear on the day of no-confidence motion, he added.

The minister was of the view that opposition parties were at each other’s throat. They have become united for only one objective i.e. to remove Imran Khan, he said adding that nation knew that Imran Khan was standing for people. =DNA