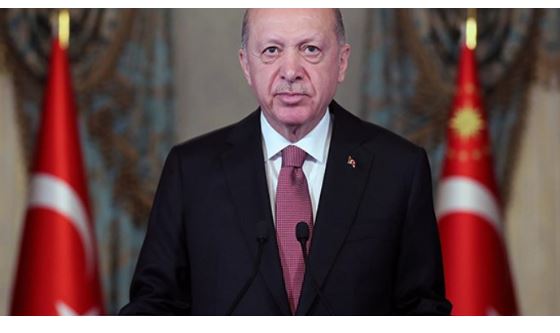 Turkish President Recep Tayyip Erdoğan said on Monday that the Al-Aqsa Mosque is a “red line” for Türkiye, urging dialogue.

Speaking about the tensions in Palestine, the Turkish president said that Ankara backs a 2-state solution in the Palestine-Israel conflict and it supports Palestine’s sovereignty.

“There can be no excuse for killing children, Türkiye stands by Palestinian people,” he said on the latest Israeli attacks on Gaza.

He also stressed that the Al-Aqsa Mosque is a “red line” for Türkiye.

Erdoğan said that Türkiye keeps saying since the beginning of the Ukraine war that there will be no winner in the conflict.

He also urged dialogue to be able to solve the crisis.

He also talked about tensions in the Caucasus, saying that the international community “unfortunately kept silence” when Azerbaijani territories were occupied by Armenia.

“We have taken important steps toward peace in the Caucasus,” he said.

“We have appointed representatives to normalize ties with Armenia.”

Regarding the latest anti-terrorism efforts, Erdoğan highlighted that there is no place for terrorism in Türkiye, adding the country resolutely continues to fight it.

‘We will continue to fight terrorism and the decision to establish 30-kilometer-deep safe zone along southern border remains,” he said.

Türkiye maintains its “firm position” on Finland and Sweden’s NATO bids, and it will not approve their membership unless promises on terrorism are fulfilled, Erdoğan said.

No NATO country should be a safe haven for FETO and PKK terrorists fleeing from Turkish justice, he added.