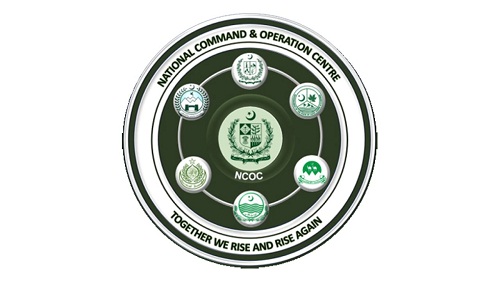 The NCOC has termed the Delta variant “extremely dangerous”

ISLAMABAD: The National Command and Operation Centre (NCOC) on Friday announced that unvaccinated people will not be allowed to travel by air starting August 1.

In its review of the measures put in place to curb the spread of the coronavirus, particularly in view of the impending spread of the Delta variant, which it termed “extremely dangerous”, the NCOC also declared it mandatory for adult students to get themselves vaccinated by August 31.

The latest instructions of the NCOC come in the wake of an uptick in Covid-19 cases in the country.

The government’s Covid-19 portal indicates the number of daily Covid-19 cases dropped from four digits to three digits on June 25. The daily cases being reported remained close to the 900 mark till June 27 and further fell to 735 on June 28. However, the number of cases started going up again gradually and doubled in just one week. The positivity rate, which stood at less than 2 per cent in June, crossed 3pc after a gap of 20 days on Wednesday.

In its revised instructions, the forum also directed authorities to ensure people without vaccination certificates shouldn’t be able to book a room in hotels as they tour any part of the country.

While hinting at a ban on tourism, the NCOC stressed that all private sector employees, including corporate sector, media persons, lawyers, employees at private companies, factory workers, shopkeepers, hotel workers, mosque servants and imams, helpers at wedding halls, and those working in similar areas should get themselves vaccinated before July 31.

The NCOC said various proposals were under consideration to restrict unnecessary movement in view of an outbreak of the virus on the occasion of Eidul Azha, adding that a decision in this regard will be taken in next few days.