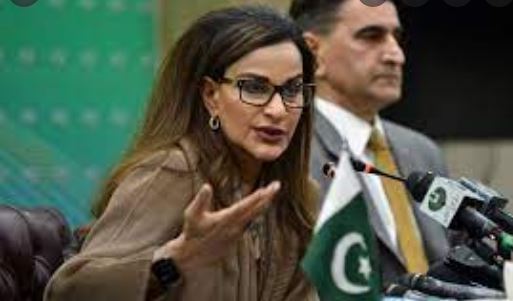 This was announced by Minister for Information and Broadcasting Marriyum Aurangzeb while briefing media in Islamabad on Tuesday, alongside Minister for Climate Change Sherry Rehman and Adviser to Prime Minister on Kashmir Affairs Qamar Zaman Kaira.

Giving details of the policy, the Minister for Climate Change said a National Action Plan for the implementation of the Policy will be framed within three months. She said the policy will help protect the country’s environment by managing the solid waste which is polluting land and water and causing health issues.

The Minister said the policy has been framed after consultation with all provinces so that a country wide system of responsible disposal of hazardous waste including plastics, hospital waste and electronics waste can be established.

She said under the policy, a mechanism has also been devised to stop illegal dumping of foreign solid waste and garbage in the country.

About other decisions taken in the cabinet meeting, the Minister for Information told the media that the cabinet has strongly condemned the attack on Polio team during the ongoing anti polio campaign in Taank, that claimed three lives including two Police constables. She said the Prime Minister has sought inquiry report of the incident.

Marriyum Aurangzeb said Interior Minister Rana Sanaullah has directed to initiate the inquiry and a comprehensive report of the matter will be submitted in the next Federal Cabinet meeting.

She said Federal Cabinet has also approved new rules under visa regime review for Afghan citizens under which Pakistan’s consulates all over the world will process the visas of Afghan citizens by considering their current nationality and passport instead of their country of origin.

She said to promote trade with Afghanistan, a sub category has been included in the work visa category under which drivers, transporters and helpers have been included in online visa system. She said for multiple entry visa, the six months period will be extendable to one year subject to approval by Ministry of Interior.

The Minister said to promote trade and create ease of doing business in the country, Afghan workers and traders have been exempted from Board of Investment’s recommendation letter and SECP registration requirements.

She said NADRA has been directed to make necessary changes in the online system in this regard and a cabinet sub-committee has also been formed for further ease of doing business. She said visa regime review also includes relaxation of visa provision for Afghan patients.

Adviser on Kashmir Affairs Qamar Zaman Kaira told the media that the federal Cabinet has approved release of 3 arab and 10 crore rupees for construction of 1300 homes for Kashmiri refugees in the first phase. He said more than 8000 homes will be constructed in three phases for which the federal government will collaborate with the Azad Kashmir government.

He said these Kashmiri refugees migrated to Azad Jammu and Kashmir in Pakistan in 1989 fleeing brutal operations of Indian forces in Indian Illegally Occupied Jammu and Kashmir. He said a summary has also been moved to increase the monthly support fund for these refugees. =DNA