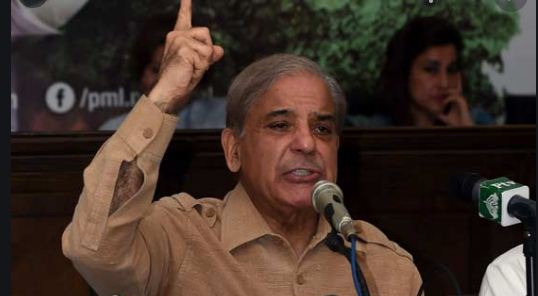 Addressing a press conference in Lahore on Monday, the Opposition Leader said that over 10 hours long loadshedding being witnessed across the country. He said PM Imran Khan has brought back the old days, adding the government did not sign gas deal because it gave fertilizers to its loved ones.

Shehbaz Sharif said that the PML-N government had saved Rs 250 billion in energy projects during its tenure and the projects were completed in the shortest time in the history of the world.

He said former prime minister and party supremo Nawaz Sharif became popular by starting energy projects. Ending load shedding was not an easy task under Nawaz Sharif, it was a miracle.

He said that the power projects were not only the cheapest in the entire world but were completed in the shortest possible time. He said controlling loadshedding as was done when Nawaz Sharif was last time the country’s prime minister was not a cakewalk.

Shehbaz accused the Pakistan Tehreek-i-Insaf (PTI) government of corruption. “Is this Nya Pakistan (New Pakistan) that was promised to us by ‘selected’ Prime Minister Imran Khan?,” he questioned.

National Accountability Bureau (NAB) investigators could not prove corruption of a single penny against him in these projects. = DNA