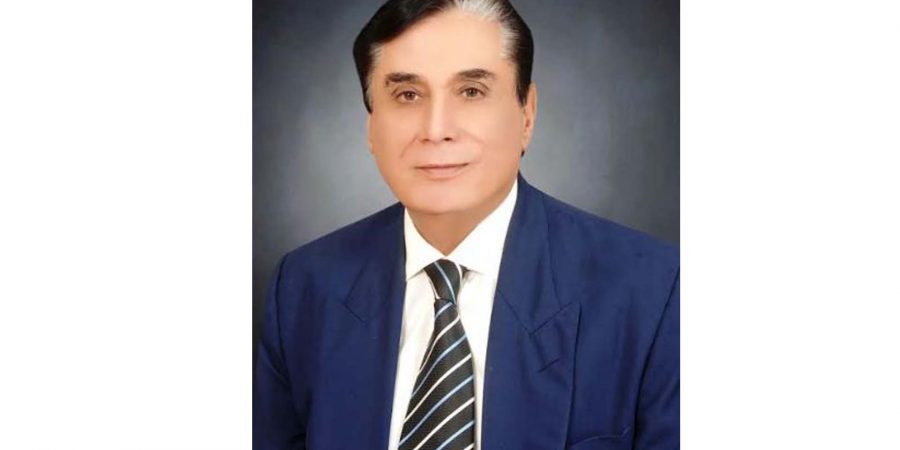 ISLAMABAD, MAR 2 – Justice (R) Javed Iqbal, Chairman NAB chaired a meeting to review performance of NAB Karachi. DG NAB Karachi briefed Chairman NAB. It was informed by DG NAB Karachi that NAB Karachi has conducted an investigation against Fazaia Housing Scheme Karachi (FHSK) regarding cheating the public at large on the basis of complaints of the general public. As of 24 February, 2021, a total of 5,410x affectees have submitted their claims, and 4779x affectees have been refunded for an amount of Rs.13.958 Billion.

The complainants alleged in their complaints that they have paid millions of rupees to the management of FHSK, but still neither their booked units were handed over to them nor FHSK refunded them their invested money. A complaint was also received from Project Director (South) AHQ Project-I Karachi of PAF against M/s Maxim Properties and its partners Fazaia Housing Scheme Karachi was launched by the Directorate of Estate Projects and Maxim Properties through joint venture vide their contract agreement dated 16.01.2015.

As per agreement, M/s Maxim Properties would transfer land measuring 402 acres in Deh Taiser and Deh Allah Phiahi to PAF as M/s Maxim’s equity and PAF would allow its brand name and logo to the scheme as PAF equity, thereby sharing the housing units on 50:50 basis.

Both parties agreed that PAF would sell its quota of units to its employees, and M/s Maxim Properties would sell its 50% quota of units in the open market to the general public at premium. It was further agreed that PAF would not sell and offer to sell its quota of units directly in the open market to the general public, except through M/s Maxim. In such a case, the difference of Market Price and the cost at which PAF had offered such units to its personnel shall be distributed amongst the parties equally. As per the final lay out plan, a total of 8083 housing units of various categories and types were planned at sites of FHSK.  For collecting funds from general public and to incur expenditures on the project, the management of FHSK opened Bank accounts in Habib Bank Limited and Meezan Bank Limited. These accounts are operated jointly by Maxim and PAF with authorized signatories from each party.

It was informed that investigation has revealed that out of 8083x housing units, the management of FHSK sold out 5732x housing units to the general public and collected an amount of Rs.18.2 billion on account of registration, booking and installment from affectees. Site inspection of FHSK revealed that the project was still incomplete since 2015 except some basic structure work. The management of FHSK refunded Rs.2.15 billion to the general public and released an amount of Rs.2.336 billion to Maxim Properties. At that moment, an amount of Rs.13.5 billion approx. including bank profits was available in FHSK accounts of HBL and Meezan Bank.  It was further informed that two accused persons namely Tanvir Ahmed and Bilal Tanvir, both partners of M/s Maxim Properties and members of Project Management Executive Committee of FHSK, were arrested on 28.12.2019 and subsequently, sent on Judicial Custody by Hon’ble Accountability Court on 11.03.2020.  Despite the issues and disputes between Directorate of Estate Projects and M/s Maxim Properties, the land on which the project was being built involves a hefty chunk of government land measuring 193-38 acres. In order to reach out to the affectees of FHSK, NAB Karachi published a public notice in leading newspapers. In response to the notice, a large number of affectees submitted their claims/applications and they demanded their money back/refund.

It was informed that the investigation was completed and sent to NAB HQ for filing of reference. Meanwhile, Directorate of Estate Projects/Management of FHSK submitted an application to this Bureau, along with land documents and estimates of current project assets available at the project, that it cannot continue the project namely Fazaia Housing Scheme Karachi and willing to settle general public liabilities.  Furthermore, both Directorate of Estate Project and Maxim properties filed petitions in Hon’ble Sindh High Court Karachi to stop NAB from filing a reference, praying therein to direct NAB to disburse refund amount to the affectees of FHSK. In connection with Directorate of Estate Project settlement agreement with M/s Maxim Properties regarding refund of amount to allottees of Fazaia Housing Scheme Karachi (FHSK) through NAB, Hon’ble Sindh High Court Karachi passed order dated 19.05.2020 in CP No. 7804 of 2019 and connected petitions whereby NAB Karachi was directed to supervise and ensure that all the allottees are repaid in full within the shortest period of time. In compliance with the direction of Hon’ble Sindh High Court, NAB gave public notices in leading newspapers to reach out to the affectees for refund of their money. As of 24 February, 2021, a total of 5,410x affectees have submitted their claims, and 4779x affectees have been refunded for an amount of Rs.13.958 Billion. In order to meet the shortfall to refund the remaining affectees, the management of FHSK has made an arrangement for sale of 16 acres of project land for an amount of Rs.1.08 Billion. The sale proceeds will be deposited in Fazaia Housing Scheme Collection account and will be disbursed among the affectees as per directions of Hon’ble Sindh High Court. The matter was fixed in Hon’ble Sindh Court Karachi on 25 February 2021. The Hon’ble Court has allowed FHSK management to sell the land and allowed two months’ time to complete the refund process. Honorable Justice Mr. Javed Iqbal, Chairman NAB appreciated the performance of NAB Karachi under the supervision of Dr. Najaf Quli Mirza, DG NAB Karachi for putting tremendous efforts in return of billions of rupees to affectees  of Fazaia Housing Scheme Karachi.