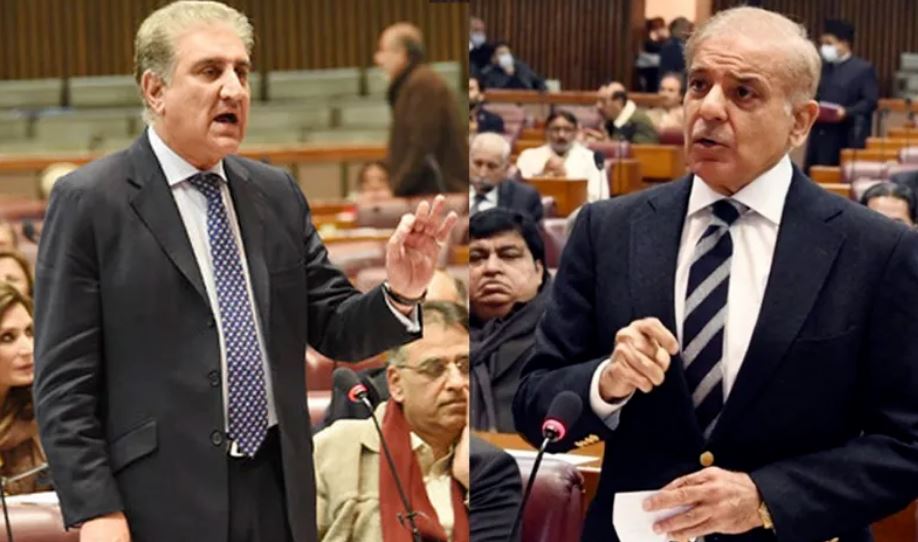 ISLAMABAD: The National Assembly session for the election of a new prime minister has begun with Deputy Speaker Qasim Suri in the chair.

The development comes two days after an unceremonious end to Pakistan Tehreek-i-Insaf (PTI) chief Imran Khan’s tenure as the country’s chief executive through a no-confidence vote.

The session began with the recitation of the Holy Quran.

After the recitation, Suri explained his rationale behind his contentious ruling to dismiss the no-confidence motion against erstwhile prime minister Imran Khan on April 3.

“The ruling was declared unconstitutional by the court … and we all are obliged to respect the court. But I want to tell you the reason behind my ruling,” he said, adding that he had taken the decision “as a responsible Pakistani and deputy speaker of the NA”.

He then referred to a communique, which purportedly contained evidence of a foreign conspiracy to topple Imran Khan’s government, saying that cable was discussed in the federal cabinet, a meeting of the National Security Committee and a meeting of the parliamentary committee for security.

“And it was proven that the no-confidence motion [was linked] to a foreign conspiracy,” he said.

PML-N President Shehbaz Sharif — who is the former joint opposition’s candidate for the prime minister’s slot — and PTI’s Shah Mahmood Qureshi are in the race to become the country’s new prime minister.

Among the two, Shehbaz is likely to make it to the top slot as the PTI announced minutes before the session that it would be resigning from the NA. Now it appears Qureshi would also resign in line with the party’s decision, though so far no statement has been issued on the matter. If that happens, Shehbaz would be elected as the prime minister unopposed.

According to the NA agenda issued by the house’s secretariat for today, the session for the prime minister’s election will begin at 2pm.

The premier’s election is the only item on the agenda — apart from the recitation of the Holy Quran and a Naat, which marks the commencement of every NA session — stating that the house would convene to vote for the new leader of the house “as required by Article 91 of the Constitution of the Islamic Republic of Pakistan, read with rule 32 of the Rules of Procedure and Conduct of Business in the National Assembly, 2007”.

Former prime minister Imran Khan arrived at Parliament House ahead of the session for the election of a new premier to chair a meeting of the party’s parliamentary committee.

When asked to comment on protests held across the country by PTI supporters last night, he smiled and said: “God is the one who gives respect.”

Both Shehbaz and Qureshi had filed their nomination papers yesterday, hours after Imran Khan’s ouster as the prime minister.

Qureshi had submitted four forms with the NA Secretariat, while Shehbaz had filed 13 forms.

During the submission of the nomination papers, the PTI had raised objections to Shehbaz’s nomination and subsequently PTI’s Qureshi and Babar Awan had exchanged heated words with PML-N leaders Zahid Hamid and Atta Tarar.

The senior PTI leaders had submitted objections against Shehbaz, stating that the latter was contesting the election on the day of his expected indictment in a money laundering case. They were of the opinion that he did not deserve to be the new PM due to his “involvement” in corruption cases.

On Monday, the court, however, deferred the indictment.

Responding to these allegations, Tarar had said since Shehbaz had not been convicted in any case, his nomination could not be rejected merely on the basis of allegations. Hamid had reminded the PTI leaders that nomination could be rejected only on the grounds mentioned in the Constitution and Rules of Procedure and Conduct of Business in the NA, 2007, under which the candidate for the office of PM must be a Muslim, an MNA and signature of the candidate and his proposer and seconder must be genuine.

The NA secretary had eventually accepted the nomination papers of both the candidates.