Muslims and Science in 21st Century 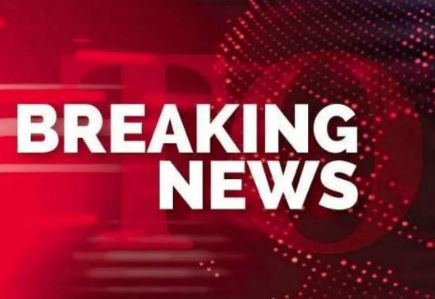 It seems nostalgic when there is discussion about the contributions of Muslim scientists to the development of science and expansion of knowledge. However, the research in the past few decades suggests strong influences of Muslim scientists, during golden era of Muslim civilization between seventh and fifteenth centuries, on scientists of modern West e.g. there is remarkable similarity in the schematic diagrams of Ibn al-Shatir (1304-1375) for theory of lunar motion and sun-centered planetary model of Copernicus (1473-1543). Achievements of Descartes, in geometric analysis, and Newton, in the calculus, were based on al-Haytham’s contributions. Galileo’s spectacular work in astronomy can be attributed to the thirteenth century Muslim astronomer al-Tusi. Celestial globes, astrolabes, quadrants, and
sundials all evolved in observatories established by Muslim scientists in Maragah, Samarkand, the Indo-Pak Subcontinent and the Turkey, thus, initial development in the modern science occurred in the Islamic world centuries ago, not in Italy. Theory of numbers, invention of zero the sifr (0) and algebra are all contributed by Muslim mathematicians such as al-Khawarzmi, Muhammad Bin Ahmed and Umar Khayyam. It is all known to us today because of preserved original Arabic work of some of Muslim scientists in Western libraries.

In the last four centuries Western scientists and scholars built a spectacular empire of knowledge on seminal work of Muslim scientist during golden age of Islamic civilization;from moon-centric concepts to James Webb, from theory of blood circulation of Ibn an-Nafis to organ transplants, from sulfide to polythene and from syrups & juleps to metered dose inhalers. During this time we cannot find any significant contribution by Muslim societies in general.

A few latest contributions by Muslims, although groomed in non-Muslim societies, can serve as a ray of hope for the return of Muslim intellect to science and technology. Some of these recent success stories are our today’s topic.

Norway’s announcement to become world’s first country to end sale of fossil fuel powered cars by 2025, followed by Britain’s “green revolution” announcement to ban the sale of new petrol and diesel vehicles from 2030 created strong vibes around the world towards “race to zero” initiative by the United Nation; which suggests “race to zero is a global campaign to rally leadership and support from businesses, cities, regions, investors for a healthy, resilient, zero carbon recovery that prevents future threats, creates decent jobs, unlocks inclusive, sustainable growth committed to achieving net zero carbon emissions by 2050 at the latest.” On the other hand these changes posed a real challenge for relevant stakeholders to develop reliable batteries to travel long distances without the hassle of frequent breaks during the journey for recharging batteries. The founder and CEO of a technology company ONE (Our Next Energy) MujeebIjaz, a Pakistani-American, made this dream come true in December last year when he demonstrated a battery retrofitted into a ‘Tesla Model S’ car which travelled more than 1200 kilometers in a single charge with an average speed to 88 km/h. He said in a statement, “Gemini, the battery, will enable long distance trips on a single charge while improving cost and safety using sustainable materials”.

A generation which used red colored letter boxes, which were commonly visible in almost every urban colony, is now in their fifties while those letter boxes have vanished from streets and visible in only post offices if someone visits out of any compulsion otherwise all those needs are now addressed through smartphones. It was early 1990s when World Wide Web (WWW) revolution transformed global communication landscape. Until recently masses in Pakistan were not aware of the convenience of shopping online except a small percentage. But Covid-19 taught us all to utilize online platforms conveniently for purchases from grocery to carpets, payments of bills & school fees and selling products without dedicated ecommerce platform utilizing just WhatsApp. However, one of the initial major ecommerce marketplaces is eBay, which was founded by an Iranian-American ParvizMoradOmidyar known as Pierre Omidyar.eBay is considered as the second most successful online ecommerce platform after Amazon. Now eBay facilitates online customer-to-customer and business-to-customer sales, while it was fundamentally founded as an online auction facilitator. Interestingly the first auction which eBay facilitated was a sale of a broken laser pointer while currently there are 183million buyers at eBay and PervizMoradOmidyar is ranked as the 24th richest individual in the US. YouTube brought revolution for social media platforms and information communication technology (ICT). One of the founders and the person who uploaded first video onto the YouTube is a Bengali-American Jawed Karim a software engineer. YouTube is now the second most visited website with billions of users watching more than a billion hours of videos everyday.

Transplant is considered a bold procedure but continuous success stories have enabled medical professionals to continue with the improvements in this domain. There are currently more than 106,000 patients on the national transplant waiting list out of which 10 patients die every day in America. According to the NHS website, “The average time a person spends on the waiting list for a kidney transplant is 2 and a half to 3 years”. SIUT’s website suggests, “The exact figure for Pakistan is not available but according to a conservative estimate more than 50,000 people die each year due to end stage organ failure. This figure includes 15,000 people with kidney failure, 10,000 with liver failure and 6500 with heart failure. Majority of these patients can be saved if organs are available for transplantation”. You can find a Pakistani-American, Dr. Mohammad Mohiuddin, among a team of surgeons from University of Maryland which for the first time in history successfully transplanted a genetically modified pig heart into a human and the patient has survived so far. The team leader Dr. Griffith said, “This was a breakthrough surgery and brings us one step closer to solving the organ shortage crisis”.

On this planet cancer is another daunting challenge for the human being. According to International Agency for Research on Cancer, “it is among the leading causes of death worldwide. In 2018, there were 18.1 million new cases and 9.5 million cancer-related deaths worldwide.By 2040, the number of new cancer cases per year is expected to rise to 29.5 million and the number of cancer-related deaths to 16.4 million.” Dr. NedaMirzadeh an Iranian-Australian is a co-leader of a team of researcher in RMIT University Melbourne which “engineered gold-based molecules that target cancer cells and leave healthy cells unharmed, in a critical step towards precision cancer drugs with fewer toxic side effects.Pre-clinical studies have shown the molecules were up to 24 times more effective at killing cancer cells than the widely used anti-cancer drug and were also better at inhibiting tumor growth” says the website of the University.

Success stories such as these strengthen our belief that 21st Century will certainly witness considerable contributions from Muslim researchers and scholars.

The writer is the Associate Professor Management Sciences