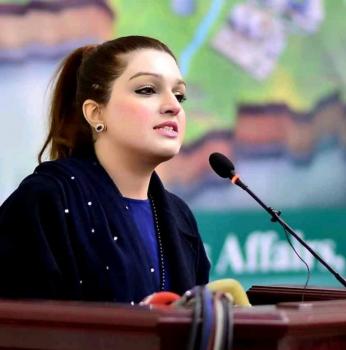 Talking to a private news channel, she calls upon the international community, including the United Nations, world parliaments, international human rights and humanitarian organizations, and global media to take immediate action on this current situation.

India must be stopped from any further illegal activity in the occupied territory, she appealed.

She further said the Indian government has plans to settle around 80 to 90 % of Indians in Jammu and Kashmir and then hold a plebiscite as demanded under the UN Security Council resolutions.

She regretted that Kashmiris have been living under military siege and have no communication with the outside world, adding, the world must put pressure on India to stop its inhuman policies in occupied Kashmir.

Scrapping the special status of Kashmir has weakened India’s position on every global level and no one in Kashmir wants to live under Indian subjugation, she added.