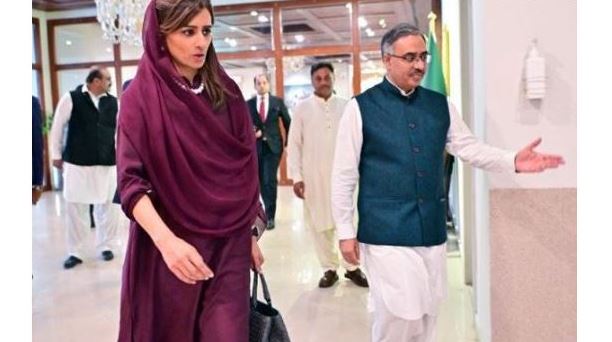 ISLAMABAD, JUN 26 /DNA/ – Minister of State for Foreign Affairs Hina Rabbani Khar has led a delegation of Pakistan at the Commonwealth Heads of Government Meeting (CHOGM) held in Kigali, Rwanda on June 24-25.

Themed as ‘Delivering a common future: connecting, innovating, and Transforming’, the summit discussed the issues concerning the Commonwealth, including post-covid economic recovery, disruptions caused by pandemic and conflict, the challenge of climate change and sustainable development, promotion of democratic values and fundamental freedoms and enhancement of trade among other matters.

The summit which was convened after a hiatus of nearly four years, was one of the largest in-person gatherings of heads of government following the pandemic, Foreign Office Spokesperson said in a press release on Sunday.

It provided a useful opportunity for the member states to take stock and set the organizational agenda for the next two years.

As head of the Pakistan delegation, Minister of State Khar represented Pakistan at the CHOGM plenary, the retreat and the intergenerational dialogue.

She also participated actively in Commonwealth Foreign Affairs Ministerial Meeting held on June 23 in the run up to the Summit.

The minister held productive bilateral meetings with the Deputy Prime Minister of Australia as well as Foreign Ministers of Kenya, Tanzania, Singapore, New Zealand, Sierra Leone, Jamaica and Dominica, and the UK’s Minister for South Asia, Commonwealth and the UN.

On the sidelines, she interacted among others with the Prince of Wales and the Duchess of Cornwall; President Paul Kagame of Rwanda, Prime Minister Boris Johnson of the UK, Prime Minister Justin Trudeau of Canada and President UN General Assembly Abdulla Shahid.

At the intergenerational dialogue, Pakistan was showcased as the Commonwealth member from Asia representing youth potential, along with Canada, Barbados and Samoa from the Americas-Europe, the Caribbean and the Pacific respectively.

In a specially recorded and telecast video message Prime Minister Muhammad Shehbaz Sharif announced hosting the 10th Commonwealth Youth Ministerial Meeting in Islamabad in January 2023. The announcement was welcomed by the Commonwealth Heads.

« Why the govt would like to complete its term? (Previous News)
(Next News) Pakistan, Saudi Arabia to solidify relations »