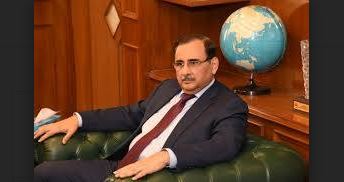 Karachi: /DNA/ – The Federation of Pakistan Chambers of Commerce & Industry’s Businessmen Panel (BMP) has called for formulating a reform strategy on an emergency basis, taking urgent measures as severe power suspension has been hitting the trade and industry due to electricity shortfall of around 7,000MW amidst closure of more than a dozen of plants in the country.

FPCCI former president and BMP Chairman Mian Anjum Nisar asked the authorities to take quick action, taking notice of forced loadshedding in the industry because of non-availability of fuel, technical faults, failure in purchasing of fuel and maintenance of the power plants, leading to crunch of thousands of megawatts across the country.

While addressing a meeting of the business community, convened to discuss the loadshedding issue, he said that all the major industrial cities of the country are facing electricity loadshedding of 5-8 hours due to which the production activities are badly suffering. He said that rural areas are also reportedly facing severe loadshedding at a time when the mercury is on the rise and this situation is making the life of common man more miserable.

Referring to a report, he said that 10 power plants had been shut for the last five months, because of non-payment of their dues, making them unable to purchase fuel required to generate electricity. Of these plants, Liberty Power of 210 MW, Rousch of 410 MW, Nandipur of 525 MW, FKPCL 140 MW and nine units of Faisalabad GTPS have not been producing electricity due to non-availability of RLNG since Jan 2022.

Moreover, five power plants, including Port Qasim, Guddu, Muzaffargarh, KAPCO and Jamshoro, are currently not producing electricity. In the same way, HCPC of 120 MW has also been dysfunctional since Sept 2019, owing to expiry of its gas supply agreement. Two units of Jamshoro Power House of 549 MW and four units of Muzaffargarh of 840 MW have been non-functional since March 2022 for a lack of furnace oil. The unit-II of the Sahiwal power plant based on coal has not been producing electricity of 621 MW for last one month owing to lack of imported coal. As many as 18 power plants having a capacity of 3,605 MW have been non-functional because of technical faults.

He said that WAPDA has the installed capacity to generate electricity of 9,400 MW out of which during peak hours, hydro generation currently stands at 4,700 MW whereas the average production of hydel stands at 3,400 MW. The system is getting from Tarbela Dam just an average 762 MW, Mangla 433 MW, Warsak 111 MW because of no improvement in water flows. However, the Neelum-Jhelum Hydropower project is producing electricity of 968 MW and Ghazi Barotha hydropower project 644 MW on average. Liberty Power of 210 MW, Rousch of 410 MW, Nandipur of 525 MW, FKPCL 140 MW and nine units of Faisalabad GTPS have not been producing electricity for non-availability of RLNG for the last five months.

Mian Anjum expressed concern over long power outages and stressed the need to rectify technical faults immediately. He said that industry is troubled by loadshedding Out of the non-functional power houses, some plants having 5,741 MW of generation capacity can be made functional with an immediate effect,” he added.

He said that the Power Division could not timely replace kits or tools in power plants for lack of funds, rendering them non-functional, some of them for the last one year.

The BMP Chairman also called for urgent measures not only to improve the economic situation but also to overcome the power shortage.

He called upon the government to take urgent measures to curb the rising power loadshedding as it will badly hit the business and industrial activities.

He said that the country has an installed capacity of electricity of over 39,000 MW, but currently the system is producing 14,000 MW of electricity, which shows the inefficient performance of the power sector. He said that Pakistan’s energy sector has been facing great losses and distortions in the distribution sector for years, costing the national exchequer billions of rupees annually.

FPCCI former president also stressed for bringing drastic improvement in the performance of power companies as uninterrupted supply of electricity to businesses and industries is the key requirement to ensure better growth of economy.