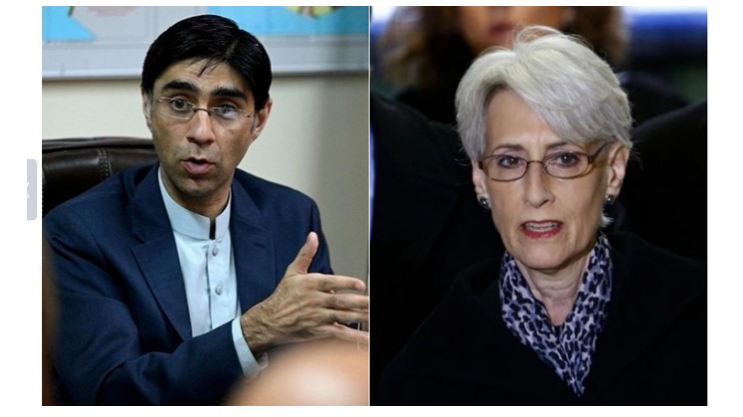 The NSA stated this while shedding light on the IIOJK plight during a call on paid by US Deputy Secretary of State Wendy Sherman, said a news release.

The delegations of Pakistan and the US discussed bilateral issues and the changing situation in the region during the meeting.

Speaking on the occasion, Dr Moeed said the international community needed to talk and liaise with Afghanistan’s new interim government.

The discussions during the meeting focused on economic cooperation, trade, security in the region and Afghanistan situation was discussed.

It added that the meeting was held in a cordial atmosphere, where the dignitaries vowed for better bilateral relations between the two countries.

The US delegation appreciated Pakistan’s role in withdrawal from Afghanistan and assisting the Afghan refugees.