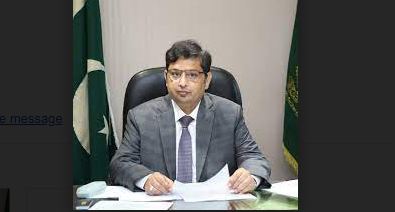 Lahore, OCT 24 /DNA/ – The Pakistan Industrial & Traders Associations Front (PIAF) on Sunday said that massive fall of rupee value continued to harm the economy, as the cost of deals done by the businessmen with their foreign buyers has increased manifold due to unprecedented plunge of local currency against dollar. Besides increasing exports and controlling imports the government will have to take administrative measures, as a large demand of cash dollars are seen in the market.

PIAF Senior Vice Chairman Nasir Hameed and Vice Chairman Javed Siddiqi, in a joint statement issued here today, observed that the US dollar continued to rise against the rupee, reaching a record high of Rs174 amidst growing current account deficit.

This indicates that the pressure on the rupee is consistently increasing, he said, stressing the need to devise a strategy on war-footing to increase foreign investment in Pakistan so as to stop the upward trajectory of the dollar.

Nasir Hameed said that the continuous increase in imports is fuelling the dollar’s demand in the market, saying that there was a possibility of imports rising to $65 billion by the year’s end, up from an earlier estimate of $61 billion. Moreover, he added, the target for remittances from overseas Pakistanis, which was set at $29bn in June earlier this, was likely to be contracted to $28bn. However, if the approval of a $6bn loan package by the International Monetary Fund and the immediate delivery of $1bn on that account from the Fund could improve the situation, he said.

He said that the high import bill this year was enough to signal the market that demand of dollar was very high.

PIAF Vice Chairman observed that the market-based flexible exchange rate system, resilience in remittances and other factors can help contain the current account deficit in a sustainable range of 2-3 percent of GDP in FY22. He said that the rising of dollar is not logical despite the fact that the State Bank says Pakistan’s external position was at its strongest in 10 years with 0.6pc current account deficit in FY21.

He emphasized the need to keep incentivizing export-oriented sectors in order to take the exports to the next level. He said that there is no denying of the fact that the government has been facing numerous economic challenges besides other internal and external issues and problems during the last three years. He said that textile industry has been maintaining top position in exports and is the lifeline of Pakistan’s exports, which would be further increased after decision of government’s relief to this sector. With the resolution of hampering issues, he hoped the share of export could go high further in FY 2021-22.