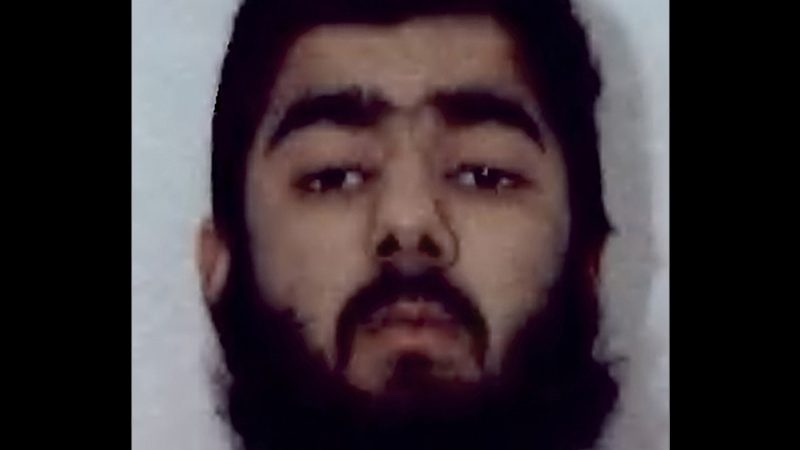 Metropolitan Police on Saturday identified the London Bridge attacker as British national Usman Khan, a 28-year-old male from Staffordshire. Khan was born in London and is of Pakistani ethnicity.

“We are now in a position to confirm the identity of the suspect as 28-year-old Usman Khan, who had been residing in the Staffordshire area. As a result, officers are, tonight, carrying out searches at an address in Staffordshire,” Assistant Commissioner Neil Basu said in a statement issued past midnight.

Khan stabbed two people to death and left three injured a day earlier in an attack that caused fear and panic across the city as residents revisited the spectre of terror returning to London.

“This individual was known to authorities, having been convicted in 2012 for terrorism offences,” Basu said. “He was released from prison in December 2018 on licence and clearly, a key line of enquiry now is to establish how he came to carry out this attack.”

He added that Khan was shot by specialist armed forces and died at the scene.

“The circumstances, as we currently understand them, are that the attacker attended an event earlier on Friday afternoon at Fishmonger’s Hall called ‘Learning Together’.”

He added that police believe the attack began inside before Khan left the building and proceeded onto London Bridge, where he was detained and subsequently confronted and shot by armed officers.

Who is Usman Khan?

According to The Telegraph, Khan — a British citizen born in the UK — left school with no qualifications after spending part of his late teens in Pakistan, where he lived with his mother when she became ill. On his return to the UK, he started preaching extremism on the internet and attracted a significant following.

In January 2012, Khan pleaded guilty to engaging in conduct in preparation for acts of terrorism contrary to section 5(1) of the UK’s Terrorism Act 2006. Khan was among nine men charged with conspiracy to bomb high-profile London targets in the run-up to Christmas in 2010. At the time, the men were described as an Al Qaeda-inspired group that wanted to send mail bombs to various targets and launch a “Mumbai-style” atrocity. At the time of his arrest, Khan lived in Stoke-on-Trent, a city in central England.

At the time, a hand-written target list found at one of the defendants’ homes listed the names and addresses of then London mayor Boris Johnson, the American Embassy and the Stock Exchange. The British police counter-terror operation which led to their arrests was the biggest of 2010.