Leaders of UAE transformed the country into an envy of the region: Bilawal 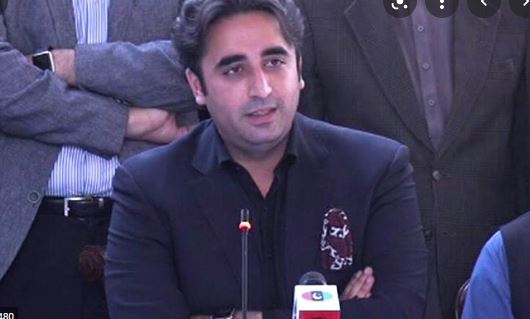 DUBAI: /DNA/ – Addressing the Sindh Investment Conference in Dubai, Chairman Pakistan Peoples Party Bilawal Bhutto Zardari, thanked Shaikh Nahyan bin Mubarak for being a consistent supporter of Pakistan and the province of Sindh. He also said that Sindh and Pakistan as a whole are open for business. Chairman PPP stated that Pakistanis and the people of the UAE have deep ties and growing up in UAE, he has watched the vision of the great leaders of UAE and how they have transformed the country into the envy of the region. “People of the UAE, have a long history of visiting Pakistan in the 1970s and in the time of Shaheed Zulfikar Ali Bhutto,” he said. “Now people of Pakistan also come to the UAE, work there, invest there and contribute in the economy back home.” Chairman PPP stated that he is particularly excited for the business conference because a large number of the Pakistani and UAE business community are present. This in itself is an encouragement that both the nations will soon be working together to improve economic opportunity in Pakistan. “We have a long commitment and a long track record of promoting economic activity in the province, and Sindh really does lead the way, especially in public private partnership,” said Chairman PPP. “We have the largest-built bridge on River Indus and that was built through public private partnership.”  Chairman Bilawal Bhutto Zardari also said that PPP will be breaking its own record by building a new ‘largest’ bridge on River Indus through private public partnership.  He said that he often speaks about the limited resources that the Sindh government receives. However, PPP doesn’t believe in complaining, but also wants to create solutions for these problems. This can be done by working with the business community to fill in the infrastructure gap, especially in Karachi.  Chairman PPP said that he is proud of the 6 MoU’S signed at the conference. This includes the water MoU for the desalination plant in Karachi. This was a necessity since Karachi is facing a huge water crisis and the MoU will open doorways for open partnership and private investors. The second MoU is regarding waste energy will go a long way in the quest for a greener Pakistan. The third MoU is regarding funds for startups and small medium enterprises. Furthermore, the 4th MoU according to Chairman Bilawal Bhutto Zardari, will create a one window opportunity for those who want to invest in Sindh. They will no longer face problems and can do business with ease. He was also pleased regarding the MoU for the football academy coming to Karachi since the sport is quite famous in the city.  The last MoU signed was regarding e-governance. Chairman PPP said that introducing modern technology in the workings of the government will make every process paperless and will help in tackling corruption by providing transparency.   “We invite u to come to Pakistan and take advantage of our historic ties and the great opportunities available,” stated Chairman PPP

« Jahangir Tareen used to pay up to Rs5 million to run Imran Khan’s house, claims Wajihuddin (Previous News)
(Next News) Pakistan will have no gas in a few years, says Fawad Chaudhry »