“Launch of the Special Edition of the PIVOT Magazine” 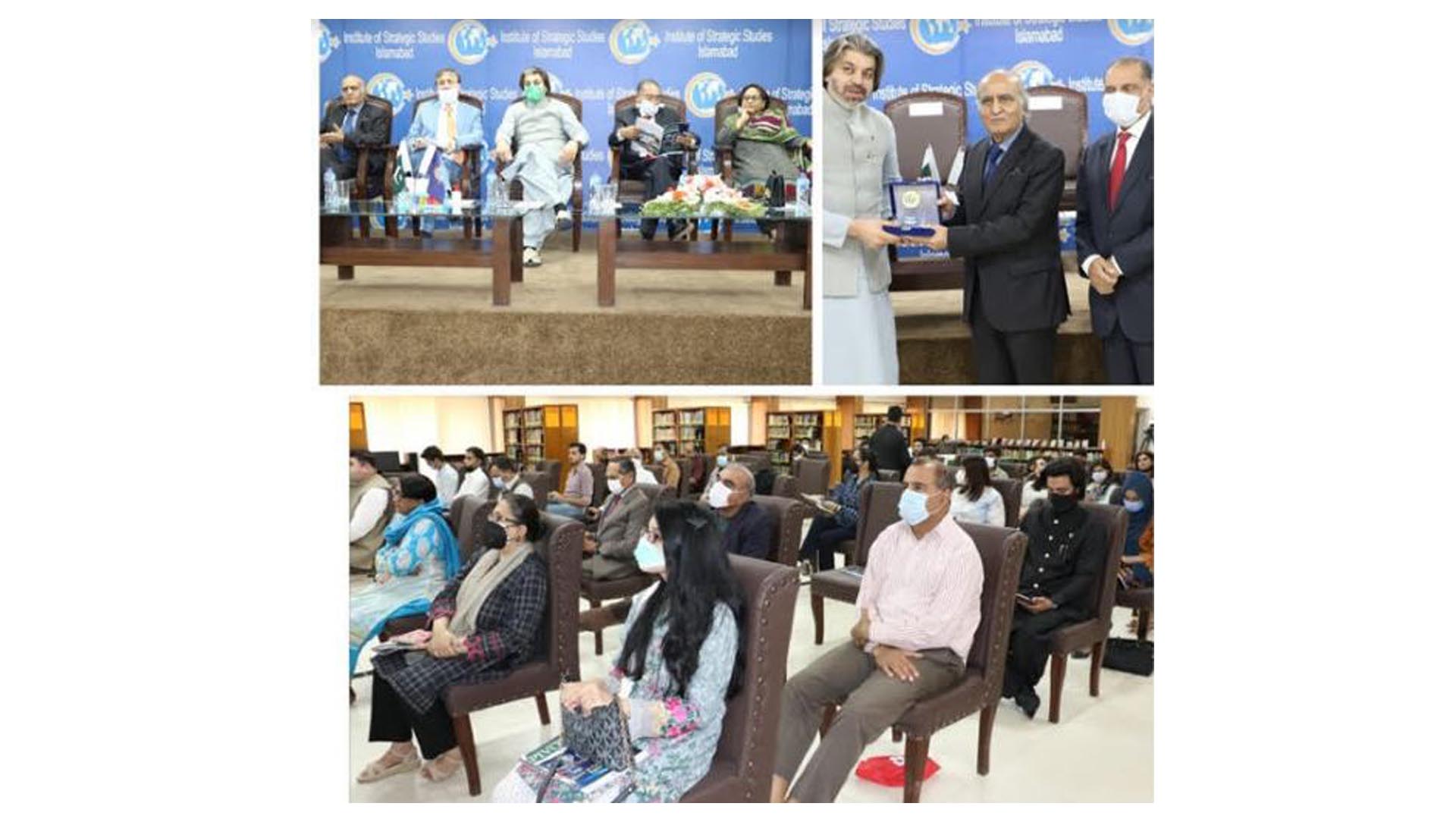 During his introductory remarks, Dr. Talat Shabbir, Director CPSC, extended his gratitude to all the participants for gracing the occasion. He said that CPSC has been publishing the quarterly PIVOT magazine since January 2019. The magazine primary focuses on various facets of Pak-China relation. This edition culminates the series of events held in connection with the 70th Anniversary of the Establishment of Diplomatic Relations between Pakistan and China. He added that he takes this opportunity to extend his heartiest congratulation to the team of CPSC for their hard work.

In his welcome remarks, Ambassador Aizaz Ahmed Chaudhry, DG ISSI, said that Pak-China relationship has a greater importance in all our diplomatic relations, and China is very special to us that is why we dedicated a centre to work particularly on all facets of Pak-China relations. He added that Pakistan and China have shared future and connected destiny.

In her keynote address, Ambassador Naghmana Hashmi, former Ambassador of Pakistan to China, stated that PIVOT Magazine is a comprehensive publication and great source of information that cover all nuance of Pakistan-China relations. Overviewing the bilateral relationship, she said, our leadership in 1950s understood the strategic importance of China for the stability of the region. She added that the way Pakistan resolved border dispute with China was the first step that gave China confidence to work with Pakistan on areas of common interests.

Mr. Faraz Zaidi, DG China Division, at the Ministry of Foreign Affairs, extended his appreciation to the team CPSC and highlighted that 2021 is significant for both the countries as its marks 70th anniversary of the establishment of Pak-China relations and centenary of the foundation of Communist Party of China. He stated, Pakistan and China are iron brothers and strategic partners. He highlighted that that Pakistan was the first country that confidently supported President Xi’s visionary Belt and Road Initiative (BRI). He commended CPSC for being at the forefront of highlighting Pak-China friendship.

Dr. Moeed Pirzada, senior anchor-person, in his keynote, extended his congratulations to the Chief Editor of the PIVOT Magazine for the launch of timely edition and mentioned that the magazine is very informative and substantive. He praised farsightedness of late Prime Minister Mr. Zulfikar Ali Bhutto as he established profound contacts with China and settled border disputes. He underscored that Mr Bhutto contemplated in 1970s that China would be a key power for regional stability. He added that China-Pakistan relations initially was only technical, military and limited to strategic cooperation but since 2014 both the states have established extensive economic relations. He underlined that we need to convince the world that China-Pakistan Economic Corridor (CPEC) is an initiative that would improve the quality of life of native people, promotes regional connectivity and are open for western world to invest in it.

Mr. Ali Muhammad Khan, Minister of State for Parliamentary Affairs, in his address praised CPSC and ISSI for naming its flagship publication as PIVOT, which he highlighted is what Quaid had sought Pakistan’s role to be in the world. He said that China’s emergence in the last three decades at global stage is a fascinating story and Pakistan could also accomplish successes with the same speed by following the path of China and overcoming some of its weaknesses. He described CPEC as natural extension of ancient Silk route. He underlined that China is a peaceful country and strives to avoid war. He stated it is China that stood shoulder-to-shoulder with Pakistan in time of difficulty. He mentioned our support for China does not mean we are joining any anti-west club but should be see through the prism of CPEC which dividends will not only limited for Pakistan and China but for the whole world. At the end he congratulated the Chief Editor and the whole team of PIVOT magazine for the launch of special edition of the magazine.