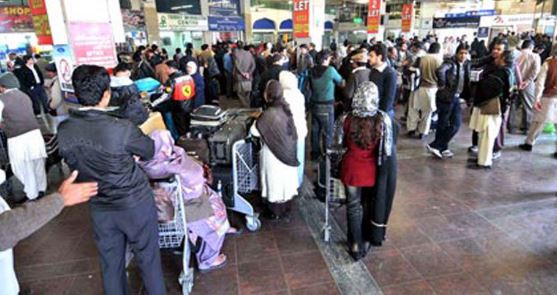 As per details, the passengers were willing to fly to Malaysia’s capital Kuala Lumpur via PIA’s flight PK-894 but were offloaded by the Federal Investigation Agency (FIA) immigration over incomplete travel documents.

Later, the offloaded passengers staged protest in the International departure area and chanted slogans. The administration of PIA held negotiations with the protesting passengers and following the successful talk, the protest was called off, said sources.

Last week, the Anti-Narcotics Force (ANF) arrested a Doha-bound passenger from Islamabad International airport after recovering of 850grams of hashish from his possession.

According to ANF spokesperson, the arrested was travelling to Doha from the new Islamabad Airport, where he was caught with the drugs that were concealed in the walnuts he was carrying in his luggage. =DNA