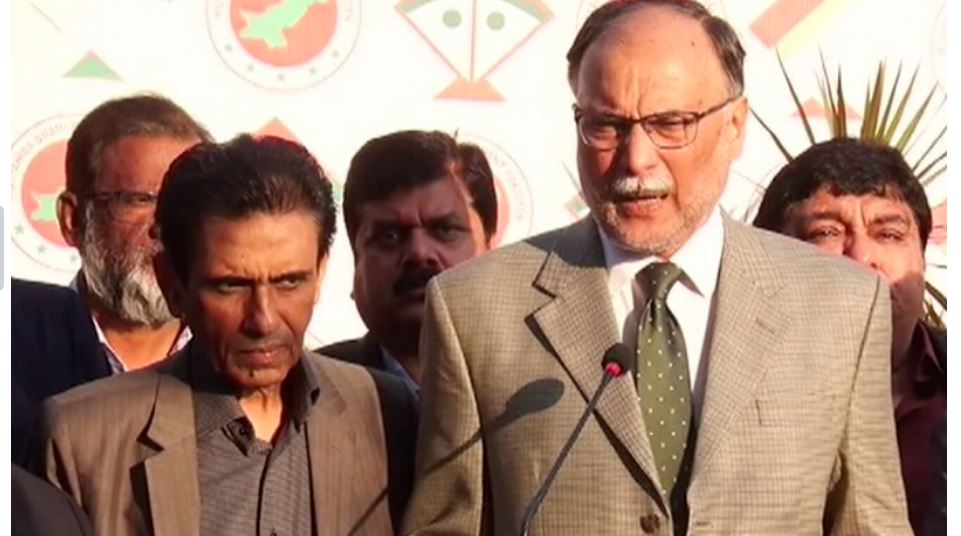 The government has tabled both the bills to meet the International Monetary Fund’s (IMF’s) conditions for the clearance of Pakistan’s sixth review of the $6 billion Extended Fund Facility by the financial institution, in turn paving way for the disbursement of a tranche of around $1 billion.

Both bills have been panned by the opposition, which has termed the finance supplementary bill a “mini-budget”, claiming it would increase people’s economic difficulties. The SBP bill, meanwhile, has been equated to compromising on the country’s economic sovereignty.

Addressing a press conference in Karachi alongside PML-N leader Ahsan Iqbal, who led his party’s delegation that met the MQM leadership earlier in the day, Siddiqui said they had discussions on multiple issues, including the two bills.

“We are together in parliament and we have agreements and disagreements on various issues,” he said, adding that as far as the “mini-budget” was concerned, the MQM had detailed talks with the PML-N on it.

He said the MQM — which is a crucial ally of the ruling Pakistan Tehreek-i-Insaf in the Centre — planned to discuss with the government such clauses in the bill that it believed would directly affect and burden people, and after talks with the PML-N delegation, they were likely to add some more points to this agenda.

“We have listened to them [the PML-N] in detail and reconsidered certain aspects. And we might have to add one to two more points [to the agenda],” Siddiqui said,

“We have recognised some new aspects after talks with them [the PML-N delegation,” he added.

With regards to the “impression” of Pakistan’s economy being “held hostage”, Siddiqui said his party would have discussions on these reservations with the government as well.

However, he added, Pakistan had reached this stage because previous governments had been passing on the economic burden to their successors, which had led to the “shrinking of financial space” in Pakistan.

“Inflation has peaked,” he highlighted, stressing that the situation demanded that the government and the opposition should sit together and make mutual decisions to improve the country’s economy because it “dictates Pakistan’s politics and is now in a position to dictate a lot else as well”.

He said he was giving the assurance on behalf his party workers and the entire party that the “country is more dear to us than our politics”.

When a reporter pointed out that the MQM had parted ways with the erstwhile PPP government in the past after a “meagre” increase in the price of petrol and now the government was moving towards withdrawing tax exemptions worth around Rs350 billion through the finance supplementary bill, Siddiqui replied:

“Back then, too, the price of petrol was not raised by a small margin … We can surely consider.” He, however, did not elaborate on what his party would “consider”.

“But we have said this before as well … we have not just supported the government but also democracy,” he added.

Earlier in the press conference, Iqbal criticised the government over the “mini-budget”, which he said would “burden people with additional taxes of Rs350bn”.

In this regard, he said, the opposition had decided to communicate to treasury members in the National Assembly (NA), including those from the PTI’s allies, that the NA was a sovereign House.

“And the approval of the IMF package by holding the National Assembly assembly at gunpoint will be a resounding blow to the House’s sovereignty,” he added.

Iqbal said the NA or parliament was not bound by any of the IMF’s conditions and it was the lawmakers’ responsibility to give due consideration to Pakistan’s economy, citizens’ benefits and future.

The PML-N leader pointed out that some recommendations in the finance supplementary bill, such as taxes on medicines, would be “very damaging” for the country and its people.

He added that before tabling the finance supplementary bill and the SBP bill, the government should have worked towards developing a national consensus on these matters, consulted the opposition and taken its allies into confidence.

“And we would not have let them include clauses in the [finance supplementary] bill that will have a direct negative impact on the country’s economy and people,” he said.

Hence, he continued, “one of our requests to the MQM leadership is … to work together to get those clauses removed from the mini-budget that we believe will negatively affect the common man.”

Speaking about the SBP bill, he said a country’s central bank is the “guarantor of its economic sovereignty”.

“We have serious reservations regarding this and even economic experts have expressed reservations that abolishing the fiscal and monetary board will lead to a crisis at the policy level,” he said.

Moreover, he said, the SBP governor had been “made more powerful than the prime minister under the bill”.

He further stated that the proposed law also paved the way to make the Pakistan government “a hostage to banks”.

“And these banks will give loans on their conditions, which will compromise the country’s economic sovereignty.”

He said the PML-N had requested the MQM to consider “our request regarding the review of and reconsideration of the SBP bill and the removal of clauses from it that are objectionable and compromise Pakistan’s economic sovereignty”.

“There is no political motivation behind these requests. This is not about the government and opposition. This is about Pakistan and its sovereignty,” he said.

“No leader or party alone can solve the country’s problems,” he said.

When asked by a reporter about the Inter-Services Public Relations (ISPR) Director General Maj Gen Babar Iftikhar’s denial of a deal between the PML-N and the establishment in another press conference earlier in the day, Iqbal replied:

“We have clarified that the PML-N doesn’t believe in the politics of deal. And I thank the DG ISPR for further clarifying it today. The PML-N’s deal is only with the people and Constitution of Pakistan.”