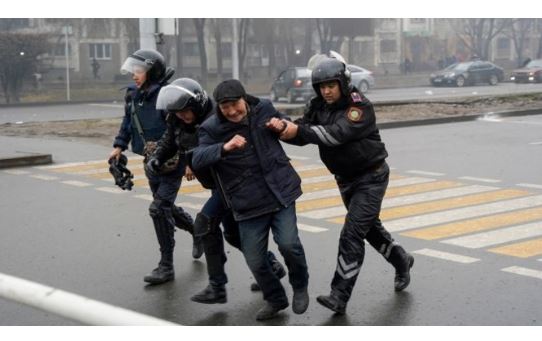 Kazakhstan’s security services said Sunday they have arrested a foreign spy allegedly plotting an attack against the president and other high-level officials.

“A foreign intelligence agent, a Kazakh citizen, was arrested on March 25 in Nur-Sultan by the counter-espionage services,” the National Security Committee said in a statement.

The suspect “was planning an attack against the president of Kazakhstan and a number of high-level officials,” as well as against members of the special services and security forces, the statement said.

A foreign-made gun, drugs and large sums of money had been found during a search of his home.

The statement added the suspect had confessed after his arrest and a terrorism investigation had been opened.

Kazakhstan, a former Soviet republic and Central Asia’s richest country, descended into violence in early January when peaceful protests over a fuel price hike unravelled into bloody clashes and looting.

More than 200 died and President Kassym-Jomart Tokayev called in troops from a Russia-led security bloc to re-establish control.

Kazakhstan framed the violence as an attack by “terrorist groups” and has criticised foreign media coverage of the events.

« Military has nothing to do with whatever happened today: DG ISPR (Previous News)
(Next News) Speaker, PM, President committed ‘treason’ »