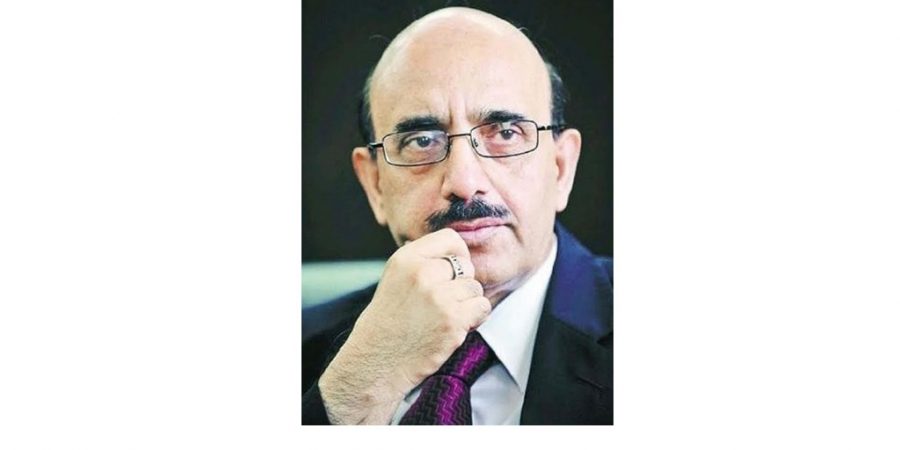 MUZAFFARABAD, APR 08 (DNA) – The Azad Jammu and Kashmir (AJK) President Sardar Masood Khan, has said that timely preventive measures adopted by the State government has contained the spread of COVID-19 pandemic in the Azad territory, but our brethren on the other side of the Line of Control face two plagues at the same time i.e. Indian imperialism and COVID-19, and they are valiantly resisting both.

In an interview with a Pakistani English-language magazine, he said that the latest situation unfolding in occupied Kashmir is a matter of grave concern for us.

He said that in mid-March of this year, the AJK Government swiftly responded to the Coronavirus pandemic and took measures to establish quarantine centres; strict screening at the entry-exit points, and identified medical centres and hospitals for treatment of suspected patients.

He said that after the enforcement of lockdown, the armed forces and the law-enforcement agencies have adopted effective measures to prevent people from assembling in streets, roads and other public places, and also made sure that there is no shortage of food items and medicines in the State.

The State President appreciated the Ulema for extending full cooperation to the government in ensuring minimum gatherings in mosques and adopting precautionary measures at funeral prayers and other religious rituals. He also lauded the National Disaster Management Authority for its cooperation with the State government.

President Khan said that after establishing isolation wards for COVID-19 patients in all district hospitals, the health department took steps to send samples of patients to National Institute of Health Islamabad, and also upgraded the Virology Department of Abbas Institute of Medical Sciences (AIMS) Muzaffarabad so as to conduct COVID-19 tests on the local level.

Muzaffarabad’s Officers Club has been turned into a 50-bed COVID-19 hospital equipped with modern medical facilities, which is being co-managed by AIMS and CMH Muzaffarabad, the President stated and went on to say that facilities for COVID-19 tests have also been provided in all three administrative divisions i.e. Muzaffarabad, Poonch and Mirpur.

Sardar Masood Khan particularly hailed the philanthropists, armed forces and social organizations for providing relief to the affected people, and said that the government was also trying to assess the economic losses caused by the lockdown.

According to the data, the situation in Azad Kashmir – with a total of 29 COVID-19 cases – is far better than other parts of Pakistan, but the pandemic is growing with every passing day.

Responding to various questions, President Khan said that like the rest of the world, the Indian Occupied Jammu and Kashmir (IOJK) is also consumed by the fear of the coronavirus but Kashmiris under lockdown are facing a double whammy.

The Indian authorities are not proactively carrying our testing in the region but instead just preparing for an emergency. Quoting Al Jazeera which reported that Kashmiris fear that they would “die like cattle”, he said that the bigger worry is that nobody knows about the fate of the 13,000 boys who were abducted by the occupation forces and then put in the so-called “de-radicalisation” camps where they are being tortured.

These are in fact Nazi-like concentration camps designed to brainwash Kashmiri youth demanding freedom, break their will and prepare the ground for transfer or extermination of the part of the Muslim population.

Masood Khan lamented that thousands of political leaders and activists are under detention who are being subjected to inhumane and degrading treatment. Restrictions on the internet and curbs on freedom of expression are themselves asphyxiating.

“The overall picture is bleak and irredeemable for the time being. This dire situation ought to be changed by outside intervention as no internal dynamic is mounting any critical opposition to the Indian atrocities”, he remarked. = DNA