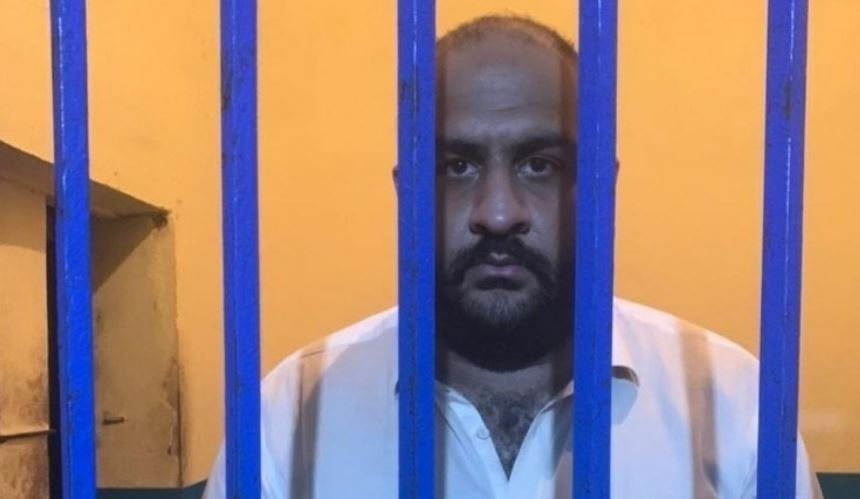 In a surprise turn of events, the female victim in the Islamabad couple harassment case on Tuesday retracted her statement against the accused and informed the trial court that she did not wish to pursue the case.

The case had surfaced when a video of four persons holding a couple at gunpoint, forcing them to strip and then beating them up had gone viral on social media last year in July.

Initially, an FIR was registered under section 341 (punishment for wrongful restraint), 354A (assault or use of criminal force against woman and stripping her of her clothes), 506 (ii) (punishment for criminal intimidation) and 509 (word, gesture or act intended to insult the modesty of a woman) of Pakistan Penal Code.

Additional District and Sessions Judge Atta Rabbani presided over today’s hearing where Mirza and the others were also produced before the court.

The judge directed officials to transfer the accused to the bakshi khana, a temporary lockup situated in the district courts, after marking their attendance.

The complainant couple were initially not present for the hearing but appeared later alongside their lawyer Hassan Javed Shorash.

In July, the victims had identified three of the suspects in an identification parade held at Adiala Jail

However, during the hearing today, the accused’s lawyers cross-examined the girl, who told the judge that she did not go to Adiala Jail and had not taken part in the identification parade.

She said that police officials had visited her multiple times and asked for her signature and thumbprint on blank pieces of paper. “I do not know any of the accused and do not want to pursue the case,” she said.

She also told the court that she did not pay ransom to anyone. She said that none of the accused had tried to sexually assault her.

She also singled out one of the accused, Rehan, and said that she did not know him and he did not make the video. She said that the police had “made up” the whole thing.

She also submitted a stamp paper in court and said that she had not submitted the same under any “pressure”. “I did not identify any of the accused and did not sign any papers,” she said.

In the affidavit, a copy of which is available with Dawn.com, the girl said that the accused arrested in the case were not those who were recorded in the video of the incident.

She said that none of the accused arrested in the case forced themselves upon her, make any videos or forcibly strip the couple.

She also said that she had not identified any of the arrested suspects in front of the police or a judicial magistrate, adding that she did not want to take any sort of action against any of those arrested or nominated in the case.

She stated that she was submitting this affidavit of her own free will and free of any pressure.

She also told the court that she did not want to appear for subsequent hearings in the case. However, the judge told her that she would have to appear and adjourned the hearing for January 18.