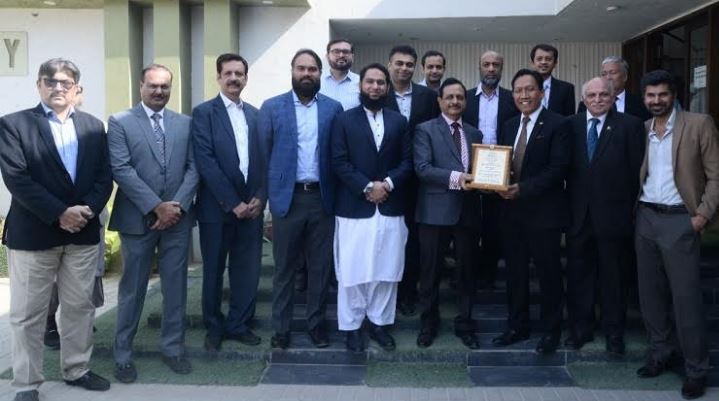 KARACHI: /DNA/ – Consul General of Republic of Indonesia June Kuncoro Hadiningrat, has said that Indonesia-Pakistan portal has been developed to connect Indonesian and Pakistan’s businesses. On the invitation of President SITE Association of Industry (SAI) Abdul Rasheed, Djumara Supryadi, Consul of Economic Affairs and other officials of his office were also accompanied.

Indonesian Consul General further said that interaction between youth and young entrepreneur of both countries is very important. He stressed on the need of business communities to induct students as interns as a way to increase people to people contact. Moreover, he expressed his desire to learn from Pakistan IT companies.

Earlier, SAI President, Abdul Rasheed welcomed the Chief Guest and his colleagues to the association and presented a brief introduction of SITE area. Senior member and former Chairman of SITE Majyd Aziz, speaking on this occasion suggested to find new avenues of exports in the marble sector.