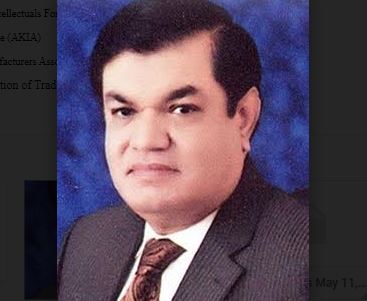 ISLAMABAD, MAY 11: Chairman of National Business Group Pakistan, President Pakistan Businessmen and Intellectuals Forum, and All Karachi Industrial Alliance, and former provincial minister Mian Zahid Hussain on Wednesday said indecision and unclear economic policies are resulting in nervousness among the investors which is harmful to the economy.

Government should take a clear stance on important economic matters which should align with the national interests, he said.

Mian Zahid Hussain said that Pakistan cannot borrow from IMF or friendly countries unless the oil and electricity prices are revised upward which will further weaken the economy and can lead to bankruptcy.

Talking to the business community, the veteran business leader said that the government will have to take unpopular decisions to tackle the economic landmines laid by the former government as the integrity of the country is at stake.

He said that popular decisions and lavish expenditure for decades have made the country a slave and we have no other option but to follow dictation.

Now, the situation has worsened to an extent that the country has to borrow for its defence needs, which is shameful, he observed.

Mian Zahid Hussain noted that external debt stood at $3.5 billion in 1970, which jumped to $33 billion in 2004 and now it is over 130 billion dollars because of irresponsible spending.

Now Pakistan cannot pay debt and liabilities without taking new loans but there is a limit to it, he said, adding that many governments borrowed heavily for personal welfare and popularity which has weakened the country economically and politically.

Now, our economy has lost the strength to withstand internal and external shocks while health, education and development are being compromised.

He said that many countries borrowed to ensure development but Pakistan mostly borrowed to bridge the current account deficit but it never tries to reduce imports.

Cold War and Afghan War are over and the US has lost interest in the war against terror in the region which has reduced the importance of Pakistan but our Government and masses have not learned to spend wisely.

Proper handling and reviving the economy is not the responsibility of the US or friendly countries but Pakistan, he said.