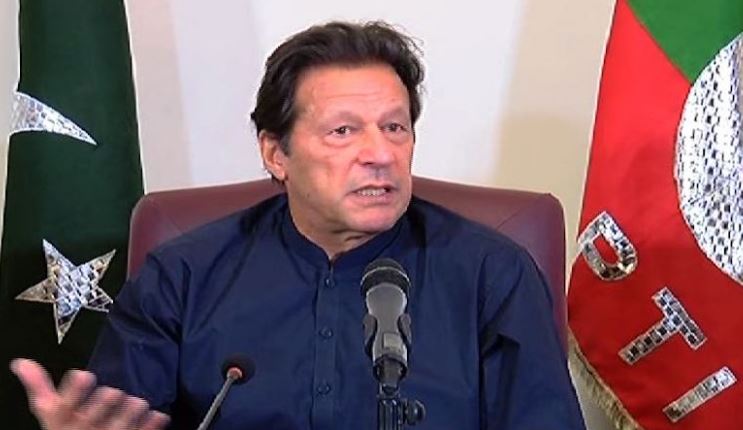 ISLAMABAD: PTI Chairman Imran Khan on Tuesday urged the Supreme Court to take notice of what he described as a “blatant violation” of the Constitution and law in Punjab after a late-night federal government notification saw Omar Sarfraz Cheema removed as the province’s governor.

In a statement, Imran demanded the top court take “immediate notice of the blatant violation of the Constitution and the law in Punjab”.

His statement comes hours after the federal government issued the notification in the early hours of Tuesday, on the heels of a “strong rejection” of a summary by President Arif Alvi calling for Cheema’s removal from the governor’s office.

“Imported puppets are stirring up constitutional anarchy and chaos in Punjab,” Imran said. “First, a criminal puppet was imposed on the province as a chief minister through a ghost election. Now, keeping all constitutional requirements aside, the office of the president has been insulted.”

He condemned what he termed as an embarrassing attempt to remove the Punjab governor because of his insistence on protecting the Constitution.

The former premier said that the “blatant violation” of the Constitution in Punjab was being watched in silence, therefore, the Supreme Court must take suo motu notice of the situation, given its sensitivity.