Impacts and After Effects of Withdrawal of US Troops from Afghanistan 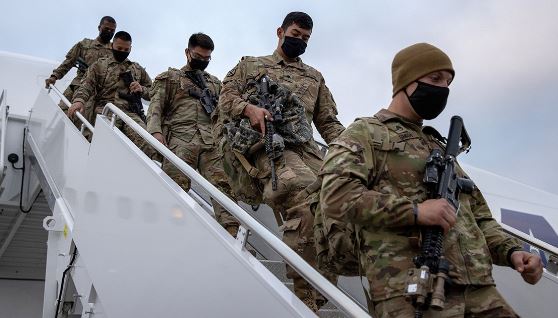 The impending withdrawal of American and NATO troops from the country, the question is what will the impact be on Afghanistan and Afghans?

It will be felt very deeply by everyone from humanitarian aspects, as far I see the three effects are most threatening and alarming for Afghanistan: a reduction in aid; devalue political and diplomatic interest and the increase of indirect involvement of other countries like proxy war in Afghanistan.

America holds power and also has assets that strengthen its impact. Afghanistan’s ground power is a combo of money and troops. Since a number of years, the US has spent approximately $144 billion in Afghanistan on “relief and rebuilding,” the overwhelming of which has gone toward infrastructure, the development of new security institutions, and the support of Afghan forces. Aside from this, America has spent more than $35 billion on state funding.

Loss of aid will be painful and tragic for the Afghangovernment. Afghan institutions remain heavily dependent on external aid. This will not change even if the Taliban take over or become part of a future government of Afghanistan.

It is not shocking that Afghans are fearful that the military drawdown would mean a reduction in US aid for Afghanistan, as it previously did in 2014 when the majority of US-led NATO forces departed the country. A massive cut in aid will be dangerous and traumatic for the fragile health, education, local governance, and other public sector programs, and will have a significant effect on ordinary Afghan lives.

Patronage system in Afghanistan has now become a key tool to manage different elite loyalties, ethnic – second thoughts and local interests. This patronage system is the shocking levels of corruption.

The Afghan government and its institutions are heavily dependent on external aid. An absence of aid will damage the patronage system where the anti-Taliban will be more effected. The consequences of all this could be result in competition and violence over remaining resources.

Secondly, the troop exit may also lead the disturbance and decrease in the political and diplomatic commitment by the US and other NATO countries to support a settlement between the Taliban and the Afghan government.

Third, a rapid military exit will smooth the ground for an Afghan regional war. Pakistan, India, Iran, China, Russia, and the Arab Gulf powers may all indulge in military conflict through their proxy country in Afghanistan.

The absence of American assistance will hinder the political process. The Taliban and the Afghan government may increase their attacks on each other, raising the possibility of bloodshed in which anti-Taliban civilians suffer. This would lead to civil war, and no Afghan government would be able to handle the situation. The exit of the US forces from Afghanistan would provide an avenue for extremists.

The military disturbance has left deeper marks on Afghanistan, but the seriousness of the wound will only become clear upon the withdrawal of international forces.