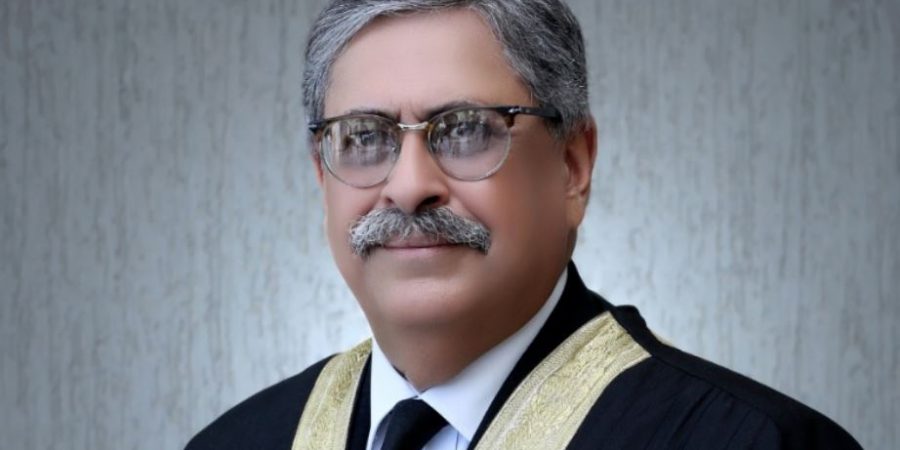 Islamabad, MAY 24: The Islamabad High Court (IHC) restricted the government on Tuesday from “needlessly harassing” PTI members and issued notices to the Islamabad inspector general of police, chief commissioner and deputy commissioner.

“Make sure that no one is harassed needlessly,” the court said, but held back from issuing what it described as a “general order” that the PTI’s counsel was requesting.

The court’s directive comes hours after police raids at the houses of several PTI leaders and workers, as the party is set to begin its “Azadi March” towards Islamabad on May 25 (tomorrow).

Earlier this week, the PTI had announced the final date of the march and party chief Imran Khan had said on the occasion that the main demands for the march to the capital were the immediate dissolution of the National Assembly and a date for the next general election.

On Monday, the PTI had preemptively moved the IHC to res­train the government from creating hurdles in the way of the Azadi March.

When the petition was taken up the IHC Chief Justice (CJ) Athar Minallah today, PTI’s counsel Barrister Ali Zafar contended that holding a peaceful protest was everyone’s right, given under the Constitution.

He told the court that after the petition was filed, raids were conducted at PTI workers’ and leaders’ residences on Monday night.

Police raided the residences of several PTI leaders late last night, after a high-powered party meeting in Lahore’s Model Town — chaired by PM Shehbaz Sharif and attended by his elder brother and PML-N supremo Nawaz via video link — resolved that the government would not be dictated by ousted premier Imran Khan’s demand for early elections.

There were reports of late-night police action at the houses of former federal minister Hammad Azhar in Lahore, while the Lal Haveli residence of Sheikh Rashid Ahmed and the homes of Fayyazul Hasan Chohan and Ijaz Khan Jazi in Rawalpindi was also raided, among others.

When Barrister Zafar highlighted these incidents at today’s hearing, the IHC said the Supreme Court’s directives regarding rallies and sit-ins were clear.

“There are principles set by the Supreme Court and this court will also follow these,” the court said.

At that, Barrister Zafar said: “We, too, will follow the Supreme Court’s principles.”

He again raised the issue of PTI members being arrested and restricted from participating in the march on Islamabad.

At that, the court said IHC had also issued rulings pertaining to rallies and sit-ins and the judgement by the high court were given in light of the SC’s principles.

The PTI counsel then requested the court to order the government not to arrest PTI members and bar them from participating in the march.

IHC CJ recalled at that point that the PTI had staged a sit-in in 2014 after taking permission from the government.

“From there, (PTI) members were arrested,” he said, adding that the request could be considered if the party, along with the district administration, finalised a place for its protest in the capital.

“Peaceful protest is your right,” Justice Minallah said, but added: “You are well aware of the circumstances. This court cannot take responsibility for any incident.”

At that point, he did not elaborate further on the nature of the incident he was referring to.

The CJ told the counsel that he was requesting a general order, which “we cannot give just like that”.

“God forbid, if an incident takes place, what would happen then? This court cannot take responsibility,” he remarked.

At that, Barrister Zafar said: “We want a peaceful protest, but police are raiding houses.”

He said the houses of female PTI members were raided across the country and that they were harrassed.

“Police also raided the houses of former judges late at night,” he added.

The CJ asked the counsel whether he could submit an affidavit stating that “no incident will take place and if it does, the party would be responsible”.

“The way you cannot submit an affidavit, this court cannot issue a general order,” he said.

After that, the PTI’s counsel requested a suspension of the hearing to that he could go through SC directives regarding rallies and sit-ins.

The court accepted his request and suspended the hearing for a while. When the hearing was resumed, Justice Minallah recalled that the IHC had issued an order regarding a protest march in 2014, after which the Pakistan Television (PTV) headquarters and parliament were “attacked”.

“This court is not saying that your party did that (attack), but can it be denied that this incident took place?” he questioned. “When the court issues an order and such an incident takes place, who is responsible for it?”

During the PTI and Pakistan Awami Tehreek’s Islamabad sit-in in 2014, then-senior superintendent of police of Islamabad Asmatullah Junejo was severely beaten up by a group of violent protesters on the Constitution Avenue as they had stormed the PTV headquarters and the precincts of the parliament on September 1.

Justice Minallah said the “state’s writ was challenged by what happened with a senior officer of the SSP rank”.

He further asked the counsel to go through court directives regarding a 2019 protest.

The counsel told the court that they wanted it to stop the arrests.

At that, the court asked whether an application had been submitted to the district administration for the March 25 protest.

The counsel replied that an application had been submitted to the district magistrate.

The court then directed the government not to harass PTI members and adjourned the hearing till May 27.