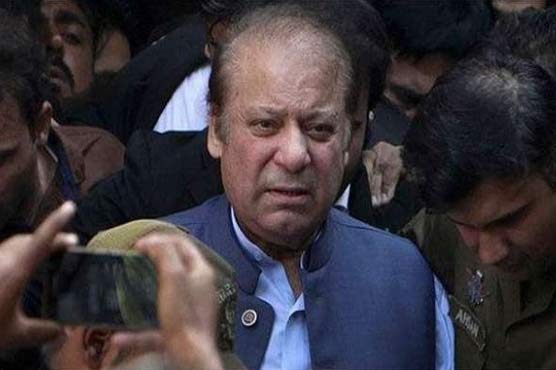 An IHC bench including Justice Aamer Farooq and Justice Mohsin Akhtar Kayani will announce the judgment.

Earlier on February 20, the bench reserved the decision regarding the suspension of seven-year sentence awarded to Sharif.

His defence counsel Khawaja Haris had told the court that the medical boards examining Sharif’s health have recommended his further medical examination after concluding that he has been suffering from various diseases.

Furthermore, he told the court that his health has been deteriorating over time while suffering from kidney, hypertension, diabetes and cardiac issues, and an angiography was required for his treatment.

Khawaja Haris also claimed that the provincial government of Punjab had hidden certain facts from the court in the earlier hearing.

Contrarily, the National Accountability Bureau’s (NAB) prosecutor strongly opposed the arguments put forward by Khawaja Haris and said Sharif’s medical reports did not suggest that his was in danger while being imprisoned.

Meanwhile, Sharif has been awaiting angiography at the Jinnah Hospital in Lahore.

In this regard, recommendations of a special medical board formed by the government have been sent to the Punjab Chief Minister Usman Buzdar for further proceedings in the matter.

The accountability court on December 24 convicted Sharif in the Al-Azizia reference, and subsequently sentenced him to seven years in prison while acquitted him in the Flagship reference cases filed by the National Accountability Bureau (NAB) in mega corruption scandals.

In the 131-page judgement written by the accountability court judge Arshad Malik, reasons of his conviction were mentioned.

It said that the prosecution had successfully established all the ingredients of the offence of corruption committed by Sharif, and that he had failed to provide legal money trail of his assets.

Later, Sharif was arrested from the premises of the accountability court.

After spending a night at the Adiyala Jail in Rawalpindi, he was shifted to the Kot Lakhpat Jail in Lahore.

Earlier, the NAB had filed three cases – Avenfield, Al-Azizia Steel Mills and Hill Metal Establishment, and offshore companies, including Flagship Investment Limited – against the Sharifs on the Supreme Court’s directives in the July 2017 Panamagate verdict.

The trial commenced later in September that year.