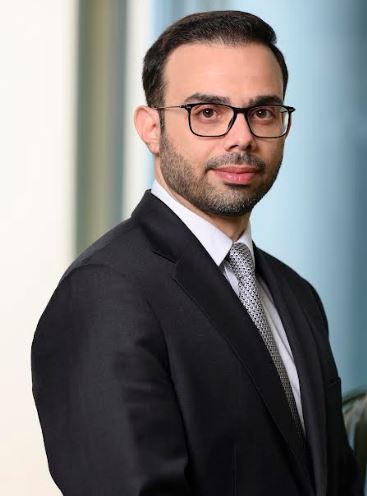 Islamabad, /DNA/ – IFC has named Zeeshan Sheikh as its new country manager for Afghanistan and Pakistan. Sheikh will aim to mobilize private sector investment across key sectors, building on IFC’s global expertise and influence as a partner of choice for both public and private sector stakeholders.

Sheikh, a British national, joined IFC in 2010. He has worked extensively on public-private partnerships and innovative infrastructure investments across the Middle East and North Africa, often in frontier markets like Pakistan, Afghanistan, Iraq and Jordan. In 2018, he moved to Washington D.C. where he supported IFC’s regional operations for Europe, Central Asia, and Latin America. Prior to joining IFC, he worked in London for several years in corporate finance, mergers and acquisitions, and private equity investments.

“Zeeshan’s diverse experience and expertise across different sectors and geographies will be critical in expanding IFC’s work in the region,” said Khawaja Aftab Ahmed, IFC Regional Director for the Middle East, Pakistan, and Afghanistan. “We are delighted to have him on board.”

Sheikh steps into a region deeply affected by COVID-19 and years of geopolitical instability. Afghanistan is facing an economic and humanitarian crisis while one in five Pakistan residents live in poverty. Despite these challenges, the region also presents significant opportunities for enhancing private sector participation.

As country manager, Sheikh’s priorities will be to expand IFC’s engagement across key sectors, including access to finance, climate, agriculture, export-oriented manufacturing, and infrastructure. IFC will also work closely with other World Bank Group members and external development partners to support strategic areas of policy reform.

“I am excited to have the opportunity to lead IFC’s operations in this important region and work closely with our public and private sector partners towards the sustainable and inclusive development of Pakistan and Afghanistan,” Sheikh said.

IFC has been an important player in Pakistan since 1956, with its committed portfolio standing at $1.2 billion and pioneering investments in areas including renewables, private housing finance, port infrastructure, microfinance, chemicals, and agribusiness. IFC’s engagement in Afghanistan has been focused on supporting the private sector through advisory services and investments in sectors with transformational impact on growth and job creation.

Sheikh graduated from the University of Leeds with an honors degree in corporate finance and accounting and is also a qualified chartered accountant from PricewaterhouseCoopers LLP in London.