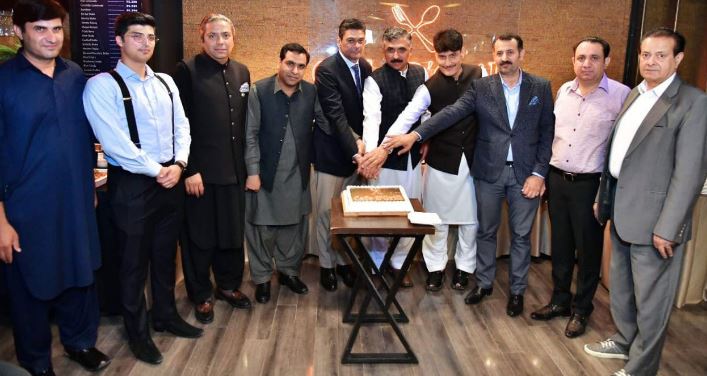 Islamabad, APR 1 /DNA/ – President, Islamabad Chamber of Commerce & Industry (ICCI) Shakeel Munir has said that the business community was worried over the falling value of rupee as it would further enhance the production cost and affect exports, therefore, he called upon the government to take urgent measures to bring stability in the local currency to save the people and the economy from further troubles. He said this while addressing the members of the business community after inaugurating Café D-Grill in Islamabad. Muhammad Faheem Khan Vice President ICCI, Baser Daud former President, Muhammad Naveed Malik former Senior Vice President, Rana Qaiser, Najeeb Malik, Umar Afridi and others were present at the occasion.

Muhammad Shakeel Munir said the value of Pakistani currency has tumbled to over Rs.184 against a dollar in the open market, which was disturbing all business plans of the business community. He said that the dollar’s appreciation was increasing inflation since both the volume and value of imports have increased more than 50 per cent this year, which should be a cause of concern for the policymakers. He urged that the government should take emergency measures to bring stability in the value of rupee to save the economy from further weakening. He said that the falling value of rupee would also increase the volume of foreign debt, increase high inflation and shake the confidence of investors. This situation demanded that the government should take drastic measures to bring some sort of stability in the local currency.

President ICCI said that the prevailing situation of uncertainty in the country has already caused the outflows of foreign investments in the domestic bonds which also weakened the local currency. He said that SBP reserves have also reduced due to massive outflow of $ 2.9 billion to pay foreign debt and cautioned that the fall in foreign reserves would further weaken the value of rupee. He said that the government should work on a war footing basis to create a more conducive environment for the growth of business activities, promotion of exports and attraction of investment that would help in improving foreign reserves and stabilizing the value of rupee.