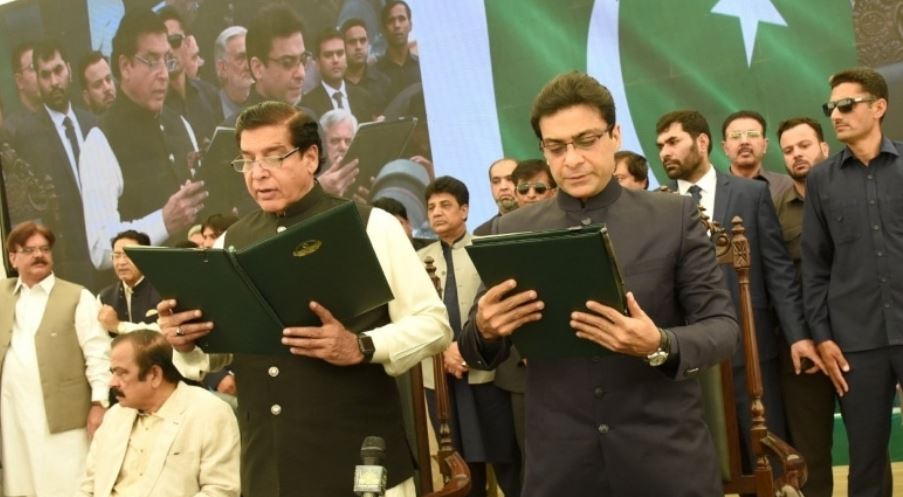 In unprecedented scenes today, Buzdar’s cabinet was “restored” by Cheema, according to former provincial education minister Murad Raas, which even convened for a meeting, as guests were arriving to the Governor House to attend Hamza’s oath-taking ceremony.

While the ceremony was underway, Governor Cheema urged the chief justice to take notice of the “ghunda gardi” at the Governor House. He also said the “drama of a fake chief minister’s oath” was being performed in an “unconstitutional” manner.

Later, the Punjab chief secretary notified that Hamza had assumed the charge of the chief minister’s office.

However, Cheema termed the notification for Hamza’s assumption of the CM office “fake”.

“As the governor, I am not allowing the notification for the appointment of any unconstitutional and fake chief minister. The way they forcibly and deceitfully put up a drama of the oath-taking, they have now attempted to prepare a fake notification for it,” he tweeted.