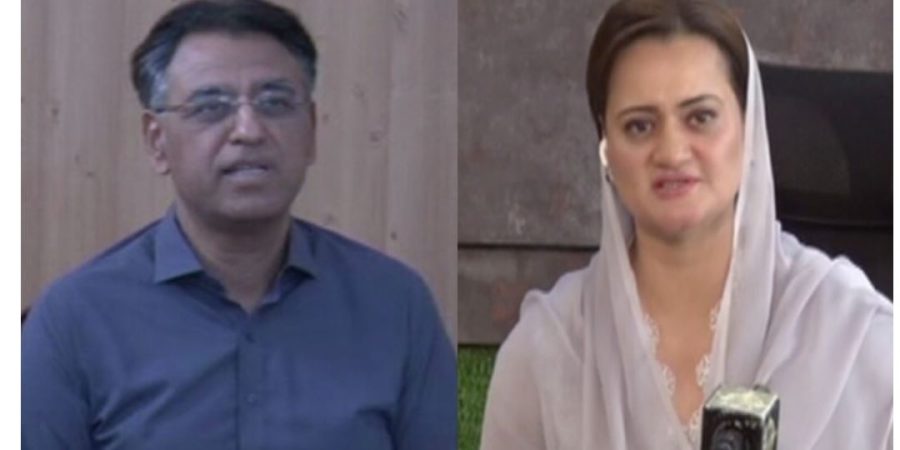 ISLAMABAD: The government and PTI leaders on Wednesday were again at odds over Inter-Services Public Relations (ISPR) Director General (DG) Major General Babar Iftikhar’s renewed rejection of former prime minister and PTI Chairman Imran Khan’s claim that a US-backed regime change conspiracy was behind his ouster from the top office.

Regarding the first National Security Committee (NSC) meeting on the diplomatic cable at the centre of the conspiracy allegation that was held during Imran’s tenure, the DG ISPR had said it was attended by top military leadership and the participants were “clearly and in detail briefed by agencies that there is no kind of conspiracy or any evidence of it”.

Umar said it was “beyond his understanding” why there was a need to address the issue again from the platform of the DG ISPR.

“The DG ISPR rightly says that the army should be kept away from politics and he appeals to political parties to not involve the army in politics, which is right,” he said.

“Now whether this imported government has or hasn’t come through interference or conspiracy, let political parties talk to each other about this. But now that he has spoken so it is necessary to give a response.”

The PTI leader said he was a part of that first NSC meeting and while the diplomatic letter was being read out, a military representative had called for facts and opinions to be viewed separately. Elaborating on those “facts”, Umar said it was written that a “clear threat” was given to Pakistan that if the no-confidence motion against Imran failed then the country would face “isolation and difficulties”.

“What I am saying was not once, but twice mentioned in the press release after the NSC meetings [and] words of a ‘clear foreign interference’ are used and it was said that ‘this isn’t at all acceptable.'”

“This is a fact on which there are no two opinions,” he added.

Mentioning the efforts made by the PTI in pursuing the formation of a judicial commission for the ‘cablegate’ affair, Umar requested the Supreme Court to oblige and added that Imran had decided to again write to Chief Justice of Pakistan Umar Ata Bandial to urge him to oversee the matters.

PTI leader Shireen Mazari also disagreed with the DG ISPR’s version of the events, saying that contrary to his claim, no detailed intelligence report was presented in the NSC meeting.

Umar said he had “great love for the army” along with longstanding familial links with the institution, but he said that did not mean that the army’s opinion on constitutional responsibilities of the civilian leadership could be considered the “final word”.