Govt out to appease US: Imran 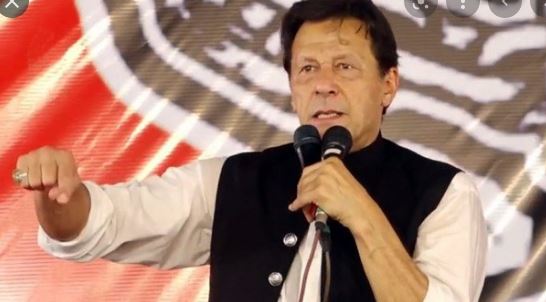 ISLAMABAD: PTI Chairman Imran Khan on Wednesday vehemently criticised the government and said the incumbent rulers would “not do anything without the approval of the United States”.

Khan was addressing party workers and leaders at the PTI’s National Council Meeting after he was re-elected as the chairman unopposed as other candidates had withdrawn in his favour.

PTI leaders Umar Sarfaraz Cheema and Naik Muhammad were the other two contenders who were running for chairman. Moreover, Shah Mahmood Qureshi and Asad Umar have also been re-elected as the vice-chairman and the secretary-general of the party, respectively.

The PTI chairman said they will “not take a stand for the nation” as they have billions of dollars stored in foreign bank accounts, which they will protect at any cost.

“They are afraid that if America is disgruntled with them, then they will suffer the same fate as the Russian oligarchs,” the PTI chairman said, claiming that from 2008 to 2018, the United States carried out 400 drone attacks on Pakistan, a number that had been unprecedented.

Khan said the leaders of that era — ex-president Asif Ali Zardari and former prime minister Nawaz Sharif — did not “utter a word in protest” when the drone attacks were taking place in Pakistan despite Islamabad being an ally of Washington.