Govt Decides To Get Shaukat Tarin Elected On Senate: Sources 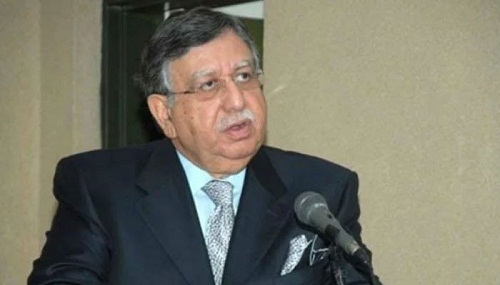 ISLAMABAD: The prime minister has decided to award senate ticket to Finance Minister Shaukat Tarin to get him elected as senator.

The finance minister Shaukat Tarin is expected to be elected on a senate seat from Khyber Pakhtunkhwa, according to the sources.

The constitution demands that an un-elected person could remain a minister for maximum six months period. To ensure his continuity after six months required to get him elected as a member of the parliament.

Tarin’s six months of tenure as an un-elected finance minister will conclude in the second week of October, sources said.

“The decision to elect him as senator was taken in a meeting chaired by the prime minister Imran Khan,” according to sources.

“It is yet to be decided who will vacate a seat of the upper house to elect Shaukat Tarin as member of the senate,” sources said. “The matter is expected to be decided within two days.”

Finance Minister Shaukat Tarin when questioned by a newsman about the “good news”, “it will be soon,” he replied in the same vein.

According to some reports, the government wants to ensure continuity and stability in markets ahead of Oct 4 negotiations with the International Monetary Fund (IMF) over its programme.