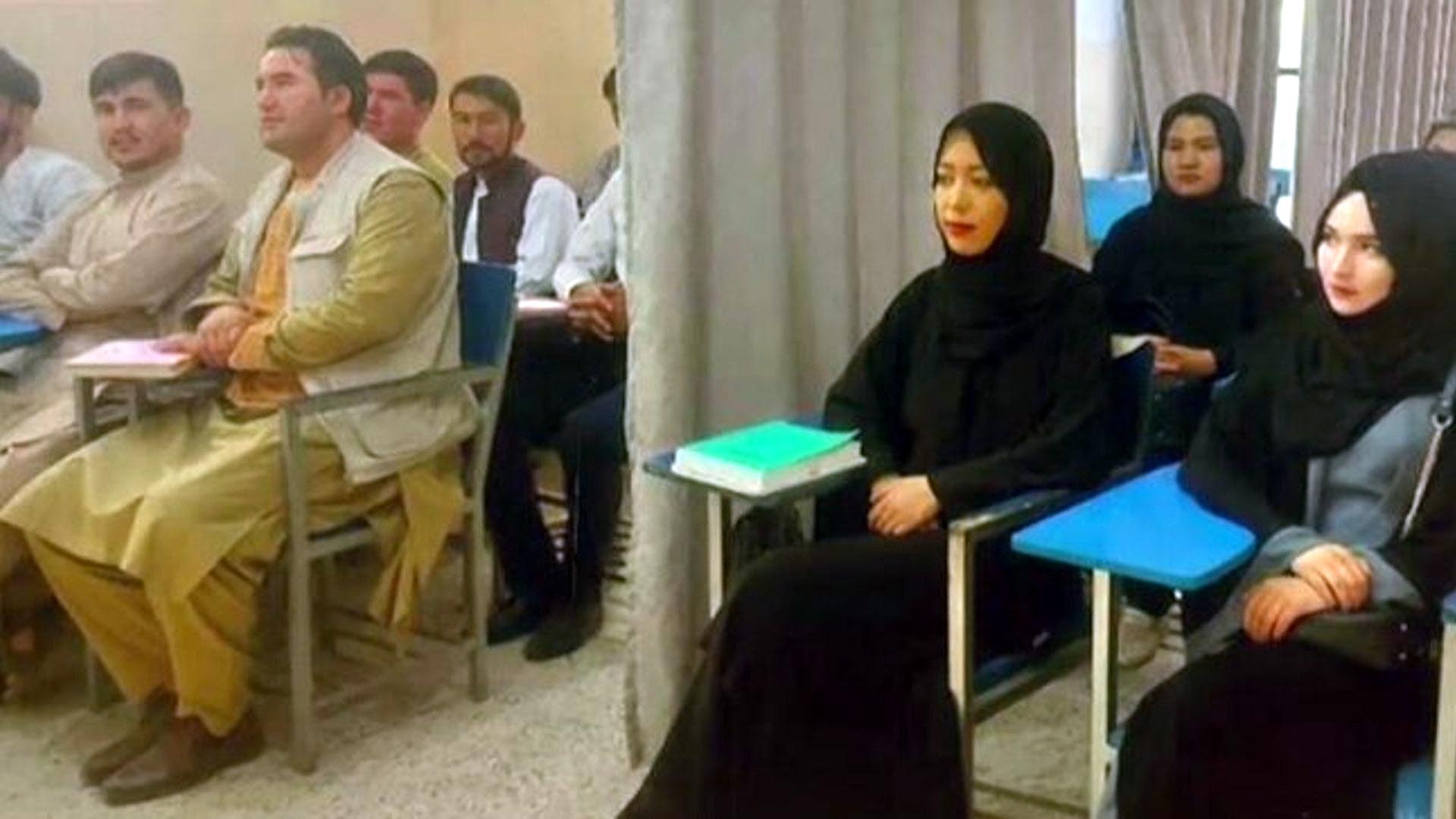 Viral video clip of a university in Afghanistan with curtains in a classroom to separate male and female students is getting global attention. Besides other geopolitical dimensions it also provides an opportunity to analyse prevailing circumstances in modern-day universities. Islamic teachings made it mandatory for men and women both to acquire knowledge.

It is almost impossible for any country to provide separate universities for entire population of both genders. Despite a few dedicated institutions of higher learning there is always a need to utilise existing infrastructure and other resources to educate female students, because it is widely believed in Muslim societies that an educated women creates an educated family while educating a man means educating an individual. However, due to the scarcity of resources and difficulties to access available opportunities a huge portion of society remains deprived of education, let alone higher education, and womaneducation is not an exception.

To ensure increased access of women to the higher education it is unavoidable to adopt co-education at university level.However, when we analyse prevailing circumstances about secure and peaceful environment for women education particularly in universities around the globe it appears to be a hard reality that we probably can’t find any safe university for women on this planet.

According to SorenMaahs fromFreieUniversität Berlin, “Every second female student in Germany is sexually harassed or suffers violence during her years at university.” Heike Pantelmann, managing director of the Margherita von Brentano Center of the University, “referred to it as an omnipresent problem at German universities. Of 12,000 female students in Germany who were interviewed for a Europe-wide study, more than half indicated that they had experienced sexual harassment or violence during their years in college. The harassment or violence came almost exclusively from men. The largest group of perpetrators is other students. Lecturers and professors account for somewhat less than seven percent of the acts of violence.”

Jessica Murray of the Guardian reported, “Students at a sit-in protest over sexual misconduct at Warwick University have said universities are still failing to tackle rape culture on campus.Student group Protect Warwick Women has been camping in tents outside the student union building for months to protest over what they see as the university’s failure to tackle an ‘ingrained’ problem of rape culture and sexual harassment on campus.”RAINN’s, an American non-profit anti-sexual assault organization, statistics suggest, “Among undergraduate students, 26.4% of females experience rape or sexual assault through physical force, violence, or incapacitation.”

Under these circumstances if any nation tries to adopt a soft pattern of drawing curtains to establish symbolic deterrence to ensure protection of women in universities, may not be considered radicalisation. Rather, we should take it as a pilot study to determine if this pattern can reduce sexual harassment or assault in institutions of higher learning. Media is using the term ‘segregation’ for subject arrangement in the universities of Afghanistan, without being able to relate the whole big crisis of women safety and protection in institutions of higher learning around the globe.

Francisca Ochoa, the communications secretary of the University of Chile’s student federation, said: “We want to create a society in which men and women are respected equally: this doesn’t end with condemnations of abuses – we want to ensure that there is no position of privilege or power for any man over a woman.”

Liberty isn’t imperialism of choices; it is freedom of choices and practices. French regulations of restricting female students to wear hijab and banning burkini are equally sensitive. However, as we accommodate French choices in our modern thoughts, we should also give space to the choices which Taliban prefer for their nation.According to Charlotte Vautier, “In 2014, FIFA announced that women footballers could wear the veil during official matches. Great news for many players… with the exception of French women: the FFF chooses not to follow this reform locally, and continues to ban the hijab in official competitions in France. Which, at the time, earned him a warning from former FIFAPresident SteppBlatter. Despite this, France has still not changed its regulations.”

Ibtihaj Muhammad, U.S. Olympic fencer with bronze medal, posted her picture with burkini on her Instagram account and said,“This is how I and a lot of women I know dress at the beach. There are cities in France where this type of bathing suit is banned. First it was the burkini, then it was the niqab and now it’s the hijab. This is what happens when we normalize anti-Muslim and anti-Islamic speech and discrimination— a hijab ban that violates religious freedom. Regulating Muslim women’s bodies in the name of secularism is both Islamophobic and oppressive. STOP making Muslim women’s choice to cover our hair and bodies political. We should all have the freedom to wear what we want. The love and respect society has for Orthodox nuns and Orthodox Jews who cover their hair, keep that same energy for Muslim women too.”

Democracy is considered as a will of majority, apparently success of Taliban is backed by the majority of Afghans. Peaceful control of Kabul suggests majority of Afghans accepted Taliban’s doctrine. Now, we as adherents of modern-day liberty and democracy should respect choices of majority of Afghans and let them handle their society and the country to shape future of their nation, as long as we don’t see any valid phenomenon directed to sabotage peace and comfort of other nations around the globe.

Students studying in a class with curtains as symbolic deterrence couldlead to respect rights of female students which may provide a model for favourable learning environment to the likes of Brin Arnold and Cai Kennedy at Warwick. Students in the subject University of Afghanistan will certainly engage in assignments, projects, presentations and internships which are integral part of university teaching; these activities will strengthen their abilities and enhance confidence to face challenges of practical life.

In today’s highly vulnerable environment of movements such as “Me Too”, “The Hijabeuses”, “You Are Not Alone”,and “A Rapist in Your Path”, we should appreciate Taliban to extend a model for symbolic deterrence to protect female university students from anxiety and stress which female students of Warwick, Freie and Chile are facing. 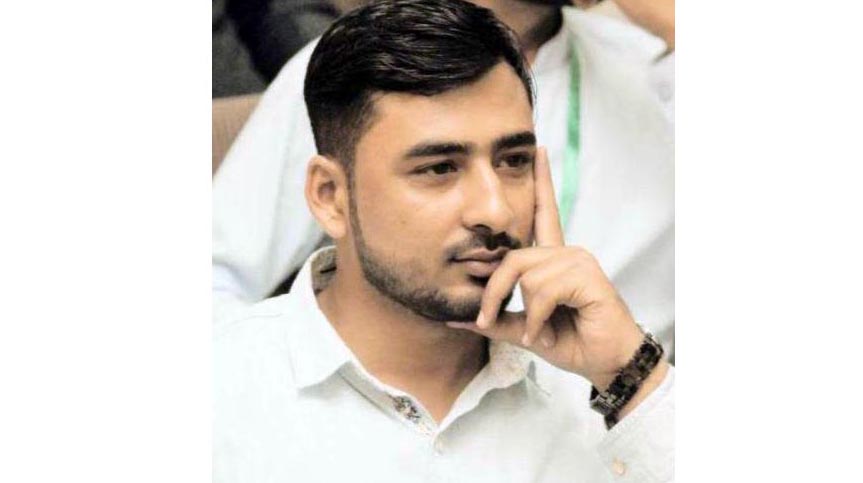