G-7 Belligerence towards the Belt & Road Initiative: A Critical Analysis 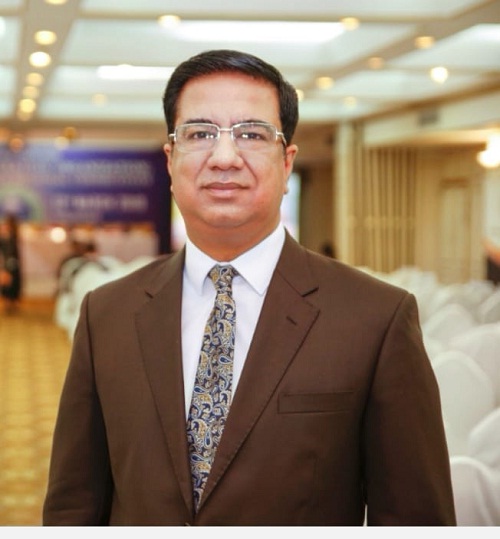 In the contemporary era, countries depend upon pervasive socio-economic alignments to attain a significant position in the comity of nations in pursuit of collective goals. Therefore,various multilateral economic projects have been initiated or resurrected in the pursuance of this goal. In the year 2013, Chinese President Xi Jinping inaugurated the grand Belt and Road initiative (BRI), following the footsteps of the Ancient Silk Route. The approach encapsulates the pillars of multiple national, sub-national, regional and local economies. Profound and ambitious in its reach and scope to ensure complementary advantages, it cansustain the developmental processes and outcomes. It links the entire Eurasian mega continent and its near and far periphery, i.e., South East, South and West, Asia, Africa, Europe and Latin America. BRI is a unique initiative that provides a plethora of opportunities. It includes various major sectors like lands, maritime, infrastructure development, building of corridors, trade and financial investment, technological advancement, cultural exchange and cooperation in the health sector.Moreover, China has been incorporating countries via its major initiatives such as Dialogue among civilizations and building a community with shared future for mankind.

BRI has already been a successful project for global economic cooperation and development. It denotes the win-win approach for all the participant states. Inrecent days, the U.S. and other G-7 countries have decided to inaugurate an infrastructurefinancing mechanism for low to middle-income countries, designed to counter China’s BRI. In this aspect, the study highlights the issues associated with the relevancy of the later plan with the apparent limitations and critical evaluation. The article analyzes the hurdles and outcomes this initiative is likely to face in the backdrop of the multiplex civilizational patternsand building consensus among the wider nations. The study also provides a detailed comparative analysis of the exceptional Belt and Road Initiative project with G-7’s Build Back Better World (B3W) project.

A well-functioning, modern infrastructure is a central requirement for inclusive economic development and sustainable growth.  However, the world has been facing a huge infrastructure gap which is widening. There have been relatively few attempts to track and monitor infrastructure investment across countries and sectors in this aspect. According to the Oxford Economics estimation, global infrastructure investment needs to be $94 trillion between 2016 and 2040. This is 19 percent higher than would be delivered under current trends and is an average of $3.7 trillion per year. Therefore, to meet this investment need, the world will need to increase the proportion of Gross Domestic Product (GDP). It dedicates to infrastructure to 3.5 percent, compared to the 3.0 percent expected under recent trends.Furthermore, the Global Infrastructure Hub (GIH) estimates that the participating countries willneed US$94trillion by 2040.However, the recent trend shows that the actualinvestment will only be US$15 trillion by 2040. It is also pertinent to mention that this estimation was conducted through the data collected from 56 countries only. Unfortunately, it is against the spirit and slogan of SustainableDevelopment Goals (SDG) leaving no one behind.

In this context, it is highly significant to discuss and highlight the exceptional benefits associated with China’s BRI to bridge the infrastructure gap around the world. The greateralliance among the world’s countries is important for the expeditious socio-economic growth of all regions. Under the ambit of BRI, many states have adopted effective and prudent strategies to modernize and diversify their economies. The result-orientated policies by the visionary Chinese leadershipultimately prove to be a driving force for the amicable resolution of common global menaces and persistent challenges.

The west, especially the U.S.,has remained a prominent rival to Chinese-led initiatives. The irresistible rise of China has been tried to curtailed by the U.S. through negative propaganda and media campaigns. G-7 led infrastructure financial mechanism is in its preliminary stage, and the exact timeline has not been announced yet.  The true motives and plans for the alternative BRI initiative for countries across the globehave been unveiled already.President Joe Biden has pledged that this plan will focus on joint projects and robust infrastructure mechanism to assist weak countries. Moreover, crucial initiatives of financial importance will be commenced in low-middle income countries. It has also been claimed that these efforts will set new benchmarks in areas like financial sustainability with the special emphasis on improving cooperation vis-a-vis laying foundation for a better world.

However,a mere analysis of its feasibility for delivering such a financial miracle to match the pace of China’s BRI looks like a far cry from reality. The agenda is likely to face many impediments and consensus-building issues. The project might be effective if it was really to assist and integrate nations across the globe. However, this is not the case as it is a clear manifestation ofthe anti-China campaign.Here lies an important question: how the world economic growthcan sustain by excluding the second largest economy and rising superpower, China? How can G-7 countries assist the third world nations without involving China? China has been the major facilitator and investor all across the globe to financiallyassist and facilitate the developing nations. Through China’s investment and projects of inclusive economic growth, the landscape of many countries, even the regions, have been changed. In this regard, one of theclear and exceptional examples is the African region. In Africa, China has been investing a lot, enabling many African countries to upgrade their living standards and economic structures. The west proposed project can never compete exceptional China’s Belt & Road initiative. TheU.S. is trying to pursue its vicious vested interestsvia coercive diplomatic actions and negative rhetoric.One should not forget the history of the west as it had colonized Asian-African countries and plundered resource. The marks of their tyrannies and inhuman activities are visible to present times.

Nevertheless, now the world is no longer unipolar but a multipolar. The orthodox and dysfunctional trends and patterns have been replaced by cooperation and regionalism. In this multiplex world order, countries are inclined towards integration and collaborations to solve bilateral disputes and find solutions tocommon threats.  Undoubtedly, China has challenged the hegemonic structure and provided better sustainable alternatives. Therefore, the developing countries are complacent with the BRI and other Chinese-led and Chinese-owned programs. More than 138 countries have joined the Belt and Road initiative with the Chinese government, proving the durability and trust of these countries in Chinese initiatives. The targets of the G-7 plan fallshort by a fair margin by excluding China and encapsulating belligerent narratives like ‘rivalry and competition’. The integrated framework of BRI has priorities, including policy coordination, infrastructure connectivity, unimpeded trade-financial integration, cultural exchanges, research, and connecting people.Whilecomparatively analyzing BRI with the G-7 proposed B3W plan, it is pertinent to highlight the accomplishments under the integrated BRI framework. BRI projects have been successfully launched, constructed, and executed for almost one decade. The Chinese enterprises have invested about US$17 billion in non-financial direct investments in the countries associated with BRI projects.These billions of dollars are apart from the other modes of investments that have been authorized to facilitate infrastructure building plans under this initiative.

BRI is based on the centuries-old principles of their policy of Community with a Shared Future. Chinese President Xi Jinping has continuously emphasized the importance of creating a coherent and win-win economic environment for all the countries which are part of the BRI initiative under the auspices of this principle. All the BRI countries are likely to meet their socio-economic targets in due course of time.

There are many prolonged challenges in the world. Thereby,there is a stark need for wider integration, not rivalries or fierce competition. The Belt and Road initiative has perfectly proved its strengths in the last decade through its true economic dividends. Therefore, it is needless to say that any other project may take a lot of time, resources, vigilant deliberations and management before it matches the pace and success story of the BRI miracle. In this aspect, any plan,especially to counter China’s rise, will not be acceptable by the world. The G-7 initiative of B3W can be impeccable but only with Chinese inclusion. Therefore, the west and G-7 countries need to stop projecting hostile rhetoric andpropaganda against China andrevisit their narrative in order to facilitate and integrate nations worldwide.