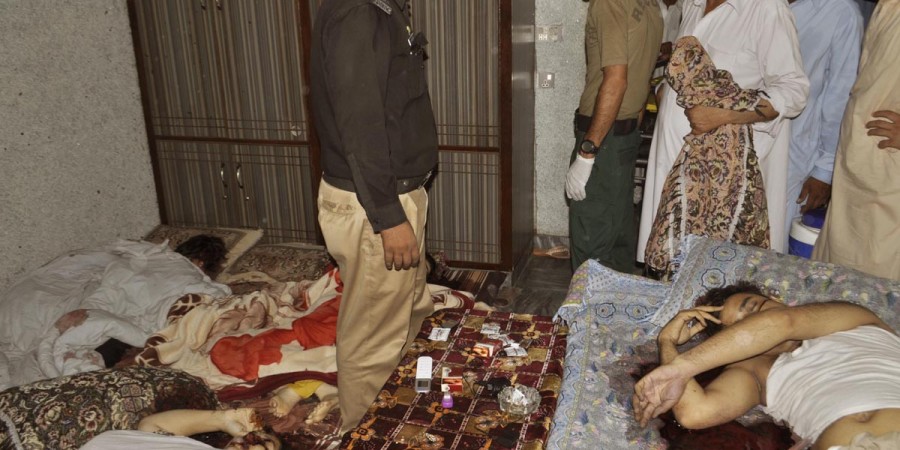 RAWALPINDI, 04 JULY, (DNA) – As many as four members of a family were shot dead in Dhoke Paharian, Adiala Road area of Rawalpindi on Monday.

The deceased have been identified as Sher Afzal and his wife Asiya. One of the girl is Afzal’s daughter and other is his niece while the victim‘s another daughter Naila is reportedly missing.

Relatives mourn killing of four family members. They were weeping at the scene and imprecating evil on those who have brutally killed their siblings. They also demanded early arrest the culprits.

According to preliminary investigation, the family members were murdered over refusal of marriage proposal. Sources in police told this scribe that it seems the missing daughter of Afzal, Naila is the cause of this incident but they said they can just speculate before thorough investigation is made into the incident.

According to the people living nearby the house where the incident took place, Sher Afzal was a man with a noble soul and was working as a property dealer to earn sustenance.

Police sources further said that relatives of the victims have not yet given any names as suspects responsible for this incident but police has rounded up an accused namely Imran in connection with the attack.

The bodies of the victims were shifted to the District Headquarter Hospital (DHQ) and thorough investigation into the incident was launched by the police. =DNA
==========