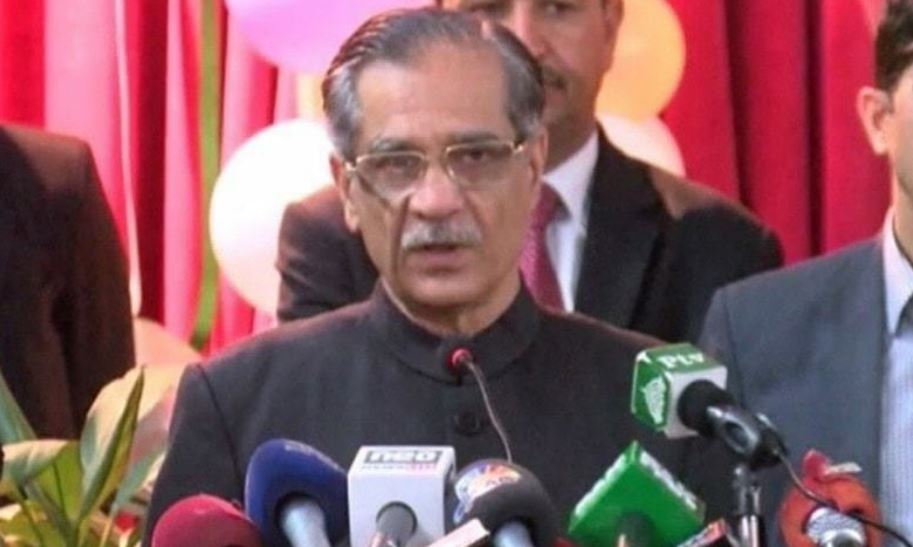 ISLAMABAD, NOV 22: Former chief justice of Pakistan Mian Saqib Nisar on Monday issued a rebuttal — his second in as many weeks — saying that the voice in a leaked audio clip, purportedly of a conversation between him and an unidentified man regarding PML-N leaders Nawaz Sharif and Maryam Nawaz’s trial, was not his.

In the audio clip, a voice, allegedly of the former chief justice, can be heard saying: “Let me be a little blunt about it. Unfortunately, here it is the institutions that dictate judgements. In this case, we will have to punish Mian sahab (Nawaz Sharif). [I] have been told ‘we have to bring Khan sahab (Imran Khan) [into power].’”

He allegedly goes on to add, “Punishment will have to be given.”

When the man on the other end of the line says that Nawaz’s daughter Maryam Nawaz “doesn’t merit a sentence”, Nisar purportedly tells him: “You are absolutely correct.

“I talked to my friends that something should be done about this but they did not agree. The independence of the judiciary will not remain. So, let it be.”

According to the Fact Focus website which broke the story, the audio clip was examined by a leading firm in the United States which specialises in multimedia forensics.

“Garret Discovery has a team of leading experts who have a long experience of analysing and presenting evidence and testifying before courts in the US. The firm’s analysis report certifies the integrity of the audio file and states that ‘this audio has not been edited in any way,’” according to the Fact Focus report.

The Fact Focus report quotes Nisar as saying that he had never contacted any judge of an accountability court to order them to announce a verdict against Nawaz or Maryam.

“Why I would do that?” Nisar asked, according to the report. “I have no grudges against Mian Nawaz Sharif.”

The former chief justice said that no one from the Pakistan Army or the Inter-Services Intelligence (ISI) had ever contacted him or pressured him regarding the case, the report stated.

Meanwhile, PML-N leaders renewed their criticism of Nisar over the alleged audio clip, calling on the former chief justice to explain his position.

Party president Shehbaz Sharif claimed the audio clip showed how Nawaz and Maryam were “targeted as part of a grand scheme to keep them out of political process”.

“Time has come to right the wrongs inflicted on them. The nation looks forward to justice system,” he tweeted.