Foreign Secretary vows to broad-based, long-term bilateral ties with US 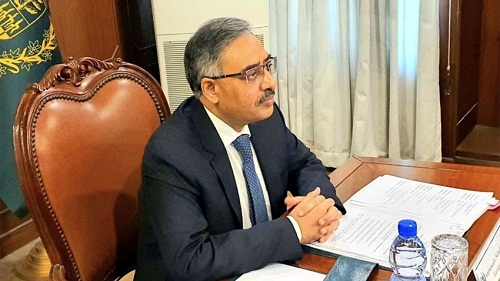 In a telephonic conversation with US Under-Secretary of State for Political Affairs Ambassador Victoria Nuland, he said structured engagement is key to the promotion of the two countries’ shared objectives of peace and development.

Underlining Pakistan’s focus on geo-economics, the Foreign Secretary reiterated the importance of enhancing economic, trade and investment ties between Pakistan and the United States.

He reiterated that there is no military solution to the conflict in Afghanistan and reaffirmed Pakistan’s support for the Afghan peace process.

He stressed that there is a fundamental convergence between Pakistan and the United States on the need for a peaceful settlement in Afghanistan.

The Foreign Secretary underscored the urgency of accelerating intra-Afghan peace negotiations and the importance of a responsible withdrawal of foreign forces from Afghanistan.

The Foreign Secretary and Under-Secretary Nuland agreed to maintain close coordination on all matters of common interest.