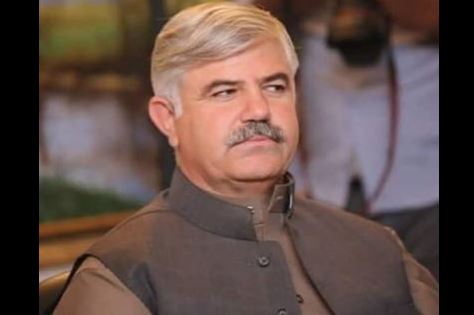 From Our Correspondent
PESHAWAR, /DNA/ – A high-level meeting regarding Foreign Funded Development Projects was held here on Monday with Chief Minister Khyber Pakhtunkhwa Mahmood Khan in the chair. The meeting reviewed progress so far made on foreign funded development projects being executed in the province and made a number of decisions to further expedite pace of work on the projects and to remove hurdles in the implementation of certain projects.

Briefing about the foreign funded development projects in the province, it was informed that a total of 60 development projects worth Rs. 687 Billion were in progress in the province including Khyber Pakhtunkhwa Cities Improvement Project worth Rs. 97 Billion, KP Hydro Power Project worth Rs. 42 Billion, KP Reconstruction Program worth Rs. 9.5 Billion, KP Integrated Tourism Project worth Rs. 14 Billion, Khyber Pass Economic Corridor worth Rs. 11 Billion and other important projects. The forum was informed that pace of implementation on most of aforementioned project was satisfactory. It was decided on the occasion to hold special meetings with the relevant donor agencies in order to improve coordination with the aim to further expedite progress on the projects. The chief minister underlined the need to further improve coordination amongst the relevant provincial and federal entities and donor agencies to ensure progress on the projects as per the stipulated timelines and directed the departments concerned to take necessary steps to remove the hurdles in the implementation of certain projects. He said that timely completion of foreign funded projects in the province including merged areas was one of the priority areas of his government adding that concerned quarters should go all out to complete those projects within the timelines. Federal Minister Umar Ayub while talking on the occasion said that the federal government would extend all possible support to the provincial government for timely completion of the foreign funded development projects being executed in the province.