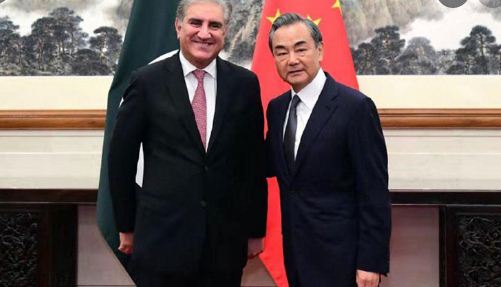 During the meeting, the two Foreign Ministers took stock of existing fraternal ties with a view to further enhance cooperation in all areas of mutual interests.

Foreign Minister Qureshi remarked that Pakistan and China are iron clad brothers. Both the countries share common understanding on various regional and international issues and had been supporting each other on issues of core interests.

The two Foreign Ministers agreed to continue close coordination and agreed to meet in near future.