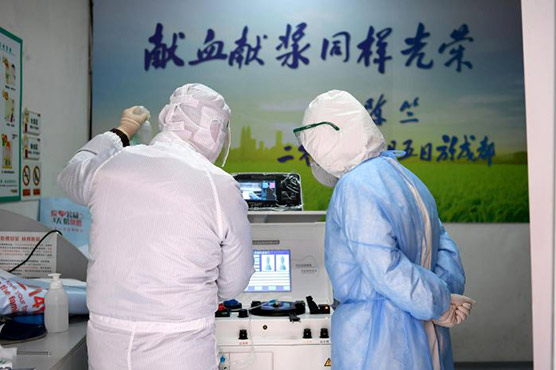 Other than this, only three deaths were recorded so far outside mainland China – in the Philippines, Hong Kong and Japan.
The tourist hailed from Hubei province of China.

“I was informed yesterday night of the death of a Chinese tourist aged 80, who was hospitalised in Bichat Hospital, Paris, since January 25,” she said.

More than 2,600 new cases of a coronavirus have been confirmed in China with deaths up by 143, health officials said on Saturday, as the United States urged its citizens to leave a virus-struck cruise ship under quarantine in Japan.

China is struggling to get the world’s second-largest economy back to work after an extended Lunar New Year holiday with the central bank pledging to support companies, but travel bans and quarantine orders are frustrating business as usual.

Beijing has told those returning to quarantine themselves for 14 days, while the transport ministry said travel volumes were a fraction of what they usually are after the holiday, which was extended for 10 days to help stall the virus.

The total number of infections across mainland China was 67,091 as of latest reports available with the media on Saturday.

The death toll rose to 1,526 with most of the new deaths in central Hubei province and in particular the provincial capital of Wuhan, a city of 11 million people where the outbreak began in December.

National Health Commission official Liang Wannian told a news conference the government would maintain efforts to contain the spread of virus in Wuhan, with a focus on cutting rates of infection and fatalities.

The city has been under virtual lockdown for three weeks but the daily figures have given little indication the restrictions are stopping the spread of the outbreak or it is nearing a peak.

A trend has been difficult to discern especially after a decision by authorities this week to reclassify as confirmed cases a backlog of suspected cases, which led to a spike in numbers. The World Health Organization said the new data did not necessarily indicate a wider epidemic.

The vice governor of China’s central bank told a news conference the government would maintain a prudent monetary policy and help companies resume production, while lenders would tolerate higher levels of bad loans to support businesses.

But many travel restrictions are still in place and many factories have yet to reopen.

The official Beijing Daily newspaper said people failing to obey government orders to quarantine themselves on return from the holidays would be punished.

“All those who have returned to Beijing should stay at home or submit to group observation for 14 days,” Beijing’s virus prevention working group said in a notice the newspaper cited.

“Those who refuse to accept home or centralized observation and other prevention and control measures will be held accountable under the law,” it said.

Outside mainland China, there have been about 500 cases in some 24 countries and territories, and three deaths – one in Japan, one in Hong Kong and one in the Philippines.

Africa has recorded its first case, in Egypt.

The biggest cluster outside China has been on the Diamond Princess, a cruise ship owned by Carnival Corp, that has been quarantined since arriving in Yokohama, Japan, on Feb. 3, with 3,500 passengers and crew on board, of whom 285 have tested positive for the infection.

The United States urged its citizens on the ship to leave, “out of an abundance of caution”, on a special flight due in Japan on Sunday, although they will face quarantine for another 14 days upon return, the U.S. embassy said in a letter.

“We understand this is frustrating and an adjustment, but these measures are consistent with the careful policies we have instituted to limit the potential spread of the disease,” the embassy said.

It did not say how many Americans were on the ship but said those who declined to take the flight would not be allowed home for a period of time to be determined by the U.S. Centers for Disease Control and Prevention.

Alarm about the ship was raised after a man who left it in Hong Kong was diagnosed with the virus. Those who have tested positive have been taken off to hospital.

The United States has imposed some of the toughest restrictions on travelers from China even though the World Health Organization (WHO) has not recommended travel bans.

A top Chinese official acknowledged the virus was a huge challenge, but defended the government’s management of it and lashed out at the “over-reaction” of some countries.

“Through our efforts the epidemic is overall under control,” he said.

The virus is killing about 2% of those infected and has spread faster than other respiratory viruses that emerged this century.

A WHO-led joint mission with China is due to start its outbreak investigation this weekend, focusing on how the new coronavirus is spreading and its severity.

« World Cup in Trampoline Gymnastics, Tumbling gets underway in Baku (Previous News)
(Next News) Recommendation to promote govt employees based on performance being considered » 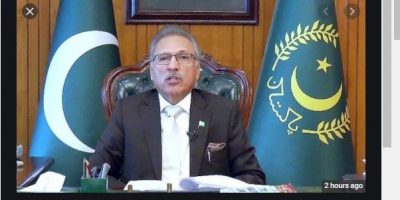 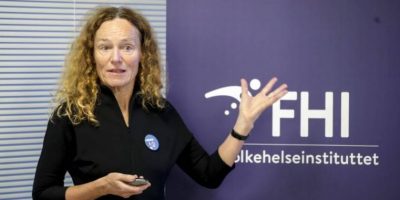