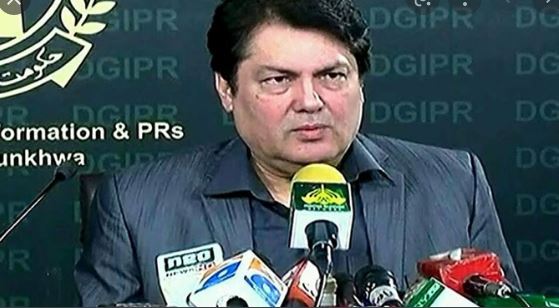 He said that wheeling system would be made functional within next 30 days.

He informed that micro hydel system was being introduced under which 500 small dams would be constructed in the province adding that power generated through the system would also be provided to far flung areas that were without proper distribution system.

Barrister Saif said that six more economic zones like Rashaki under CPEC would be established in KP.

Rs 1.31 billion and would open new vistas of growth and prosperity for people.

He said that two to three Special Technology Zones would be established to impart contemporary techniques of information technology to youth and create new employment opportunities for them.

He said that food processing projects would be started to invite foreign investment. He said that infrastructure network would be developed while Chitral and Shindur would be connected with expressway.

The CM’s aide said that annual development budget for new merged districts had been increased from Rs 24 billion to Rs 54 billion.

He said that government had also launched Ehsas Ration Program under which poor people would get concession of Rs 1000 in purchase of edibles.