FBR has once again shed blood on the future of children, Sanaullah Ghman

RAWALPINDI, JULY 6 – General Secretary Pakistan National Heart Association (PANHA) Sanaullah Ghman has said that imposition of 25% tax on e-cigarettes by the Federal Board of Revenue (FBR) means issuing freedom to the concerned companies on sale of cigarettes, which we condemn.

Speaking to reporters, Sanaullah Ghman said that e-cigarettes are more dangerous than other cigarettes, adding that the use of e-cigarettes affects the brain development of the younger generation. According to research, toxins found in e-cigarette flavors adversely affect human health.

Research by experts from the University of Research Medical Center has found that cinnamon, vanilla and oily flavors in e-cigarettes are the most dangerous, rapidly destroying white blood cells in the human body. There is also evidence of cancer caused by the chemical found in the said flavors.

Sanaullah Ghman said that the Supreme Court has banned glass while e-cigarettes also fall into this category. Cigarettes attack human health in combination with various toxic chemicals, including nicotine.

India and the United States have banned the use of e-cigarettes. On the one hand, we do not lose a match to India. Sanaullah Ghman said that on December 3, 2019, more than 200 health professionals from Panah appealed to Prime Minister Imran Khan that e-cigarettes are more dangerous than other cigarettes, ban it, save our lives. While the FBR is taxing and giving e-cigarette traders a legal way to impose taxes, because imposing a tax clearly means that you are allowing the use of e-cigarettes, we appeal that this decision Return immediately and save the future of our young generation from ruin. 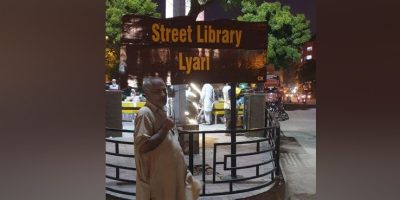