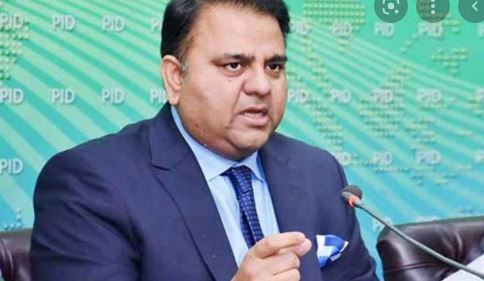 ISLAMABAD, MAY 11(DNA) — Pakistan Tehreek-e-Insaf leader Fawad Chaudhry has said PTI is moving against the Election Commission of Pakistan (ECP) in the Supreme Judicial Council (SJC).

Talking to the media in Islamabad outside the ECP office, Fawad Chaudhry said that the PTI has decided to file a reference against the CEC Sikandar Sultan Raja and added that Faisal Vawda will move SJC in this regard.

The former information minister said that ECP is incomplete as the members from Punjab and KP are not there. Earlier, Pakistan Tehreek-e-Insaf (PTI) Chairman Imran Khan accused Chief Election Commissioner (CEC) Sikander Sultan Raja of being a Pakistan Muslim League-Nawaz (PML-N) agent.

« ACDC-ISSI Webinar on “Big Data for National Security: A Case of Pakistan” (Previous News)
(Next News) No change in Pakistan’s policy on trade with India »