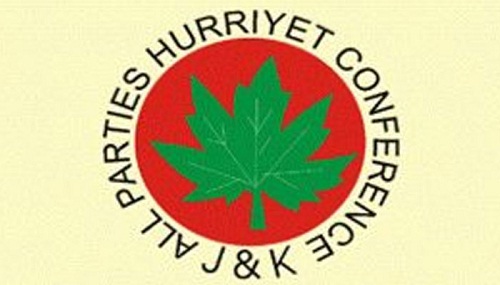 ISLAMABAD, 03 Nov 2021 : In Indian illegally occupied Jammu and Kashmir, the All Parties Hurriyat Conference has said that Indian fascist regime under a well thought-out ploy is deliberately worsening the situation with an aim to change the Muslim majority character of the territory and intensify repression against the Kashmiri people.

Termination of the Muslim employees, charging sedition cases against Muslim students and encouraging the fascist elements to use derogatory language against Muslims and their religion are fully supported by the civil administration and the military forces to suppress the freedom sentiments of the Muslim majority of the occupied territory, the statement added.

The Hurriyat leader reiterated his pledge to take the ongoing resistance movement to its logical conclusion and said that the freedom-loving Kashmiri people have a moral and rightful edge on the Indian colonialism and imperialism, so righteousness wins against all odds.

The APHC Vice Chairman urged the United Nations Secretary General, Antonio Guterres to take serious cognizance of the deteriorating situation of the Indian illegally occupied Jammu and Kashmir, help stop the genocide and human rights abuses at the hands of Indian forces in Kashmir and pressurize India to allow the people to exercise their inalienable right to self- determination to decide their political future in a peaceful way to ensure peace and prosperity in South Asia.