Existing political system had no capacity to solve the country’s problems: Abbasi 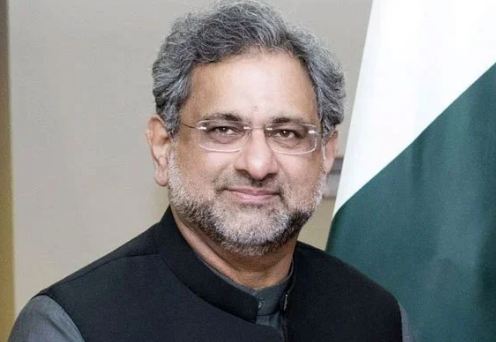 Islamabad: Former Prime Minister of Pakistan and the central leader of Muslim League-N Shahid Khaqan Abbasi says that the existing political system had no capacity to solve the country’s problems and deliver to the masses.

In an interview with VOA’s Ali Furqan, he said that the parliament including the provincial assemblies are inactive and the scope of listening to the dissent opinions by the political parties has ended.

He added, that is why the parliament failed to solve the country’s problems in the last five years.

Shahid Khaqan Abbasi says that in the current political and economic conditions, the country cannot be left to a caretaker government for a period of three months, nor can Pakistan afford an immediate general election.

In the interview, Shahid Khaqan Abbasi said that in order to get the country out of the dire situation, all the institutions need to sit and think, which is not happening in their opinion.

On the question that when PTI announced to return to Parliament, why were their resignations accepted, Shahid Khaqan Abbasi said that it is not possible to resign today and say to come back tomorrow.

The senior PMLN leader said that the government wants to discuss national issues with PTI Chairman Imran Khan, but this discussion could be done within the parliament. If the PTI was in the parliament, it could have played its role in forming the caretaker government and holding the elections, but they felt it was appropriate to resign.

He said that despite PTI’s non-participation in the Parliament, the upcoming general elections will be held without controversy.

Shahid Khaqan Abbasi asked the judiciary to correct the decisions taken beyond the constitution and law in Nawaz Sharif case.

The former prime minister said that the army should work with the government to abolish the legislation regarding the extension of the army chief’s term, otherwise it will have negative effects on the institution.