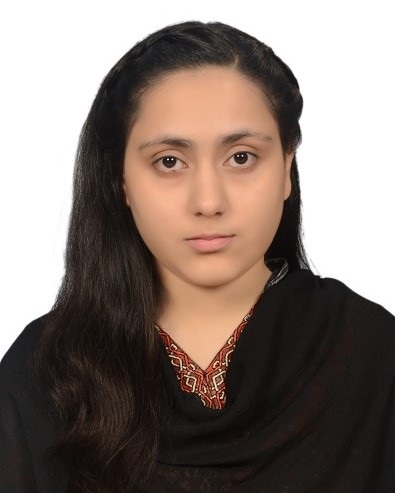 Hosting this year’s World Environment Day is an honor for Pakistan and an expression of global confidence in the country’s environmental policies. The event, held on the occasion of World Environment Day, is significant for Pakistan’s bright future. Due to the current government’s eco-friendly policies, Pakistan is now one of the few countries in the world that is not only playing a positive role in limiting global warming but is also taking such policies seriously considering environmental issues and brought great benefit to the country in the years to come. Addressing the main event of World Environment Day hosted by Pakistan, Prime Minister Imran Khan assured the world that improving the environment is essential for future generations. The world will have to correct its course in the next 10 years. If the environment is not taken care of,humanity will have to pay a heavy price.

There is no doubt that environmental issues are currently at the top of the list of serious global issues, regardless of which country has a share in this catastrophe, it is affected by environmental catastrophe. Pakistan is ranked 135th in the world in terms of global greenhouse gas emissions, although per capita greenhouse gas emissions in Pakistan are significantly lower than the global average, it is one-fifth of Western Europe’s per capita average and one-tenth of US per capita emissions. In terms of global carbon dioxide emissions, China emits 28%, U.S. 15%, India 7% and Russia 5%. Pakistan’s share in this global environmental tragedy is negligible, but Pakistan ranks very high in the list of countries facing its negative effects.

On the one hand, Pakistan is facing environmental problems and on the other hand, a huge water problem is coming, voices are already being raised from our provinces on water theft. The Prime Minister is right to say that ‘’rich countries should provide funds to deal with global warming. Unless the world takes action, our efforts will have little effect’’.  80% of Pakistan’s river water comes from the Himalayan glaciers. But climate change is having a severe negative effect on glaciers as well. Rising temperatures- destroying glaciers and accelerating the formation of glacial lakes and glaciers bursting, depleting the water reserves that nature had accumulated for hundreds of years. The rate of melting of glaciers has doubled during the last twenty years,causing a catastrophic situation for the nearly one billion people who depend on glaciers for water.

Pakistanis are among the unfortunate victims of environmental crisis. It is understandable that Prime Minister Imran Khan said that those who express concern over environmental issues should also keep in mind the major crises of the future and be prepared for it. It should start with acknowledging the fact that in the future we will have less water, so we need to promote afforestation to improve the environment, but also to ensure better use of water, we have to save water and if we move forward with betterwater conservation and utilization strategies, we will be able to avoid the negative effects of the situation. So far, these issues have not been addressed in Pakistan. There will be a high level of awareness of this situation, but these facts need to be brought to the notice of the public, so that the responsibility lies with the government and the general public and they can be aware of it. In our country, protection from environmental pollution and water conservation has not yet become a part of public habits.

The environmental problem in the country is not only related to water, but also clean air is a basic need of life that we are increasingly losing. The country’s major cities are at the top of the list of the world’s most polluted cities, while small towns and rural areas that are closer to the natural clean environment are also experiencing deteriorating air pollution rates. However, we have not yet become part of the fashion to enforce environmental protection regulations. With the growing population, we are increasing the number of daily use machinery, but we are far behind in the use of Biofuel and modern day technology to prevent environmental pollution. The current government is credited with not only raising environmental issues for the first time in an international forum, but is also committed to planting 10,000 trees across the country. In order to overcome the environmental problems in practice, it is necessary to promote merit along with checks and balances in the relevant institutions so that they can succeed in making Pakistan prosperous.

The writer is a freelance columnist, essayist and blogger, pursuing a Bachelor’s degree in

interested in environmental issues and the need for political change.