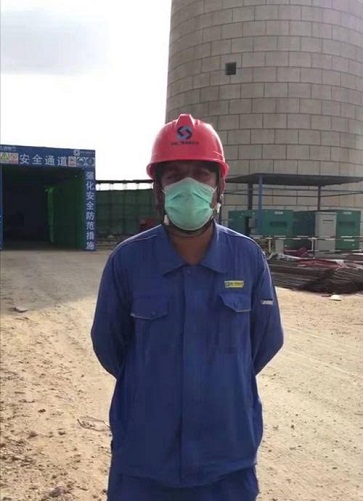 BEIJING, June 10 : Asadullah Larik is an interpreter for a coal-fired power station in the Thar Coalfield under the China-Pakistan Economic Corridor (CPEC). He is not only a fluent Chinese and English speaker, but also a model worker and a considerate helper.

According to a China Economic Net’s report, Asadullah is proud to be part of a CPEC project. Driven by passion and a sense of mission, he aspired to do his best.

When he encountered any unfamiliar technical term during interpretation, he would figure it out by consulting experts or books and kept it in his notebook and his mind so that he can deliver accurate interpretation. In his spare time, he often took online lectures to broaden his knowledge and horizon.

As an interpreter by profession, Asadullah not only conveyed the instructions on the project, but also took initiative to supervise the tasks involved to ensure timely completion. In terms of construction management, he echoed the Chinese philosophy of a “people-centered” approach.

Taking “safety” as the paramount staff welfare, he also put in efforts to make sure all the regulations are duly observed.

Asadullah’s care for others extended beyond the workplace. When a co-worker needed to have his phone repaired, he volunteered to reach out to his local friends for help. When a staff member of the project division was about to celebrate his birthday, he sprang a surprise with a birthday cake and exquisite presents.

He also offered to interpret for Chinese colleagues in daily scenarios such as hospitals when necessary. He even learned several Chinese dialects during his association with the Chinese peers.

After the outbreak of the COVID-19 pandemic, Asadullah took on another role: anti-pandemic inspector. Each day he collected data of the workers’ body temperature, checked incoming vehicles, and assisted in nucleic acid testing and antibody kit testing at the entrance of the construction site.

“He adopts a conscientious and proactive attitude towards work. And he is always ready to lend a helping hand to fellow workers in need”, acclaimed his colleagues.

Asadullah is graduated from Yangtze University in China. Now he is furthering his academic studies at another university.

The coal-power-integrated project of the first block of Thar Coalfield is a key CPEC project under the “Belt and Road” initiative. It is also essential for Pakistan’s South-North Power Transmission.

Designed to be put into commercial operation in 2022, it will alleviate the country’s electricity shortage, reduce the cost of power generation, and save the cost of fuel import.

The Chinese version of this article was first published in China Economic Herald, the report added. 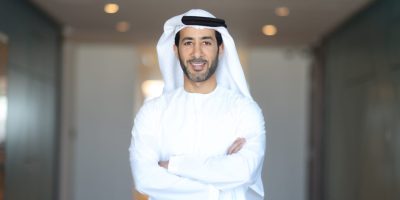 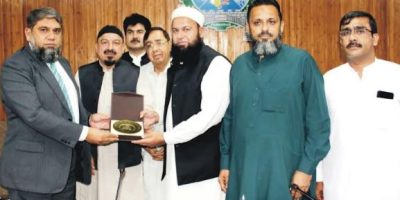